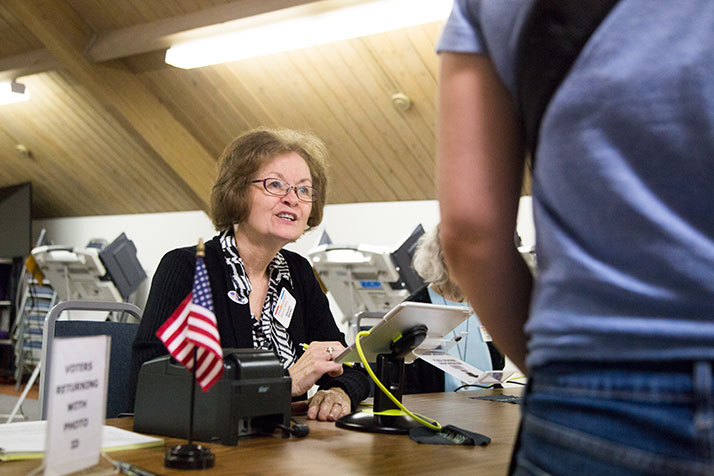 Citizens, let me tell you something: Tomorrow is a special day. Because it’s one of those rare spots on the calendar when we get the opportunity to exercise that most fundamental of American rights: voting.

What? What’s that you say? You didn’t know there was an election going on?

Well, not only is there an election, but there’s an election that offers you some exceptional return on your voting investment.

Think about it like this: There were nearly 129 million votes cast in the 2016 U.S. presidential election. And, you know, we get it: Everyone gets all fired up about presidential politics. But your influence as an individual voter in those elections is vanishingly small.

In the local elections, however, your vote carries a whole lot more weight — local races are often determined by just a few votes! Not to mention that you are voting for the people who will be directly accountable if you have a complaint about, say, potholes or stop signs or sidewalks.

So, our message is this: GO. VOTE.

If you’re a registered voter and haven’t taken advantage of the wonders of advance voting already, you can head to your assigned polling place tomorrow, Tuesday, August 6, and cast your ballot between 7 a.m. and 7 p.m.

Check out the Johnson County Election Office’s voter look-up tool here to confirm your polling place and get a look at your sample ballot.

And check out our primers linked below to get a sense of where the candidates stand on the issues.

The race that will be on every Johnson County resident’s ballot this cycle is for three at-large seats on the Johnson County Community College Board of Trustees. Eleven candidates are vying for the positions, and the top six finishers in the primary will advance to the general election. Two incumbents are among the candidates for the three seats. You can find our full primer on the JCCC Board of Trustees election here.

Shawnee has three city council races with primaries, including both seats representing Ward 3 (one seat is up for a full four year term. Another is up for a two year unexpired term). The other primary is in Ward 4. There are also four candidates running for Shawnee mayor, including incumbent Michelle Distler. Check out our full primer on the Shawnee primaries here.