Overland Park native Amanda Jane Jones has recently co-wrote, illustrated and published her first book, a board book dedicated to helping children learn about what’s safe to eat and what isn’t.

“Yum Yummy Yuck” is a combined work of Jones and her husband, Cree Lane Jones, who co-wrote the book based on the humorous life experiences of raising two small children.

“My kids have eaten a lot of unusual things: Boogers, sand, they always would chew off their Band-Aids after the doctor’s office, that kind of thing,” Amanda Jones said. “So it goes over what’s good to eat, what’s not, in hopefully a humorous way.”

The board book is set to be released Sept. 17 and was published by Prestel Junior of Penguin Random House. It also made the top spot for about a week on Amazon’s list of new releases in Children’s Sense and Sensation Books.

“It’s a dream come true,” she said. “It’s something I’ve always wanted to do, and then it’s even more fun that I got to do it with my husband. It’s been a fun project for us to do together.”

Amanda and Cree Jones have a few other board book story concepts in the works too, so they may be publishing again in the future.

Cynthia Cockriel, Amanda’s mother, shared about her daughter’s high school extracurricular involvement, including her lead role of Ida in “Honk!” and as Mrs. Potts in “Beauty and the Beast.”

Amanda Jones also performed with Jazz Voices at Brigham Young University where she later earned a Bachelor of Fine Arts in graphic design. She is a primary designer of lifestyle magazine Kinfolk and has been featured in Architectural Digest.

A 2005 Shawnee Mission South grad, Jones lives in Chicago with her husband and their two young children, Jane and Miles. They are expecting their third child any day now. 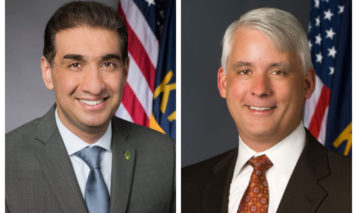