UPDATED THURSDAY 2 P.M.: Prairie Village police issued a statement this afternoon saying the subject of the alert has been safely located: “Our missing person, James A. Jennings, has been located in Kansas City, Missouri. Mr. Jennings was located safe and later returned by officers to his residence in Prairie Village to reunite with his family.” 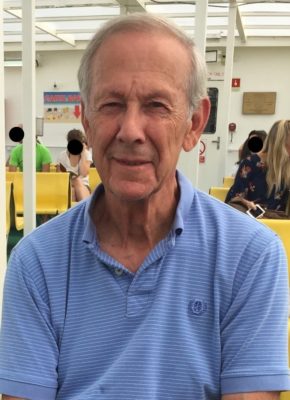 Jennings, who has early onset Alzheimer’s disease, was seen walking in the vicinity of 63rd Street and Brookside Blvd. in Kansas City, Mo., Wednesday around 7 p.m. He was reported missing at 11:30 p.m.

Jennings is 76 years old. He has white hair and brown eyes and weighs approximately 155 pounds. He is 5 feet 9 inches tall.

Anyone with information about Jennings’ whereabouts should contact Prairie Village police at 913-642-6868.