Acknowledging that a disconnect can sometimes exist between police and the public, Shawnee police officers led their first summer camp for teens to help bridge that gap.

The school resource officers at the Shawnee Police Department earlier this month hosted the department’s first ever Shawnee Police Youth Academy for 21 teenagers.

Mo Loridon, school resource officer with the Shawnee Police Department said the goals for the week-long summer camp July 8-12 were to provide an interactive learning experience for students age 13 to 17 to learn the ins and outs of police work in Shawnee.

“The first thing was to help them understand that police officers are just normal people,” Loridon said. “We like to have fun; we like to joke. But we also have a lot of responsibility, so what we tried to show them was we’re normal people but holy cow, look at all the things we have to do, the decisions we have to make.”

The officers first invited children of the Shawnee police officers as a way to get them more involved, then opened it up to children of city employees. After that, they opened up the camp to teens whose parents live, work or go to school in Shawnee. As a result, teens from Shawnee, Overland Park, Kansas City, Kansas, Olathe and Merriam participated this summer.

Because the teens attended the summer camp for a variety of reasons, the school resource officers adjusted the curriculum to fit their interests, Loridon added. The various classes in the camp were hands-on and creative, with guest instructors such as the K-9 officers, SWAT team, jail booking officers and Johnson County crime lab staff teaching about their work.

“Because they sit in classrooms enough when they’re in school, we wanted this to be interactive,” Loridon said. “We had a great group of kids, good group of families. All of the officers had a great time and the kids did as well; a lot of the kids said they want to come back next year.”

Loridon said he believes he and his fellow officers accomplished their original goals for the program and hope to continue it each year.

“The relationships that we built with the kids, to me, was one of the most important things I think that I took away and that I hope the kids took away from it,” he said. “It was building that bridge in between students and police officers so they didn’t think of us as bad guys, which sometimes, that happens.” 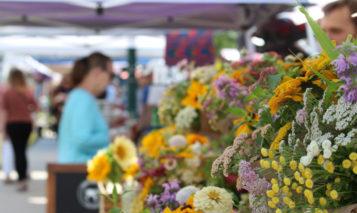