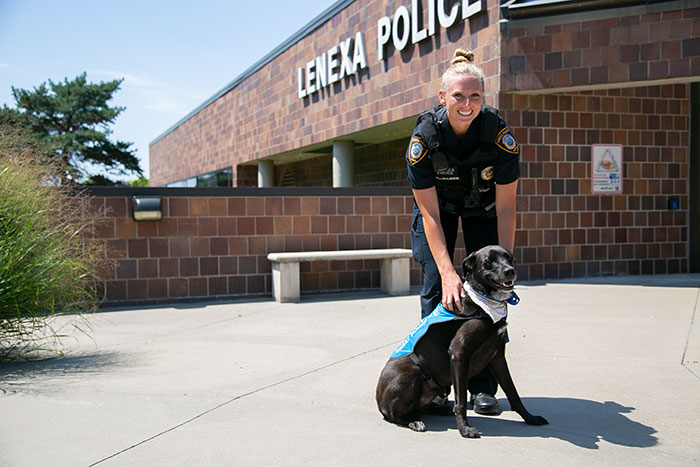 Julie the dog had a busy day Tuesday.

She took a big walk around Blackhoof Park, stopped by Sonic and had a cool treat, got lots of pats on the head from little Lenexans — and took a big nap at the police station.

Julie, a four-ish year old black lab mix, has been sheltered at the Great Plains SPCA facility in Merriam for a couple of months now. And the Lenexa Police Department wants to help her find a permanent home — while promoting the idea of pet adoption in the process.

Master Officer Danny Chavez of the department said this is the second time this summer the department has hosted one of the shelter’s pets for the day. The idea is to raise the visibility of animals available for adoption in hopes of finding them a permanent home. Starlah, a terrier mix the department brought on site in June and featured on its social media channels, was adopted just a couple days after her time with Lenexa police.

“We take them out around town, which is a great way for us to increase their visibility,” Chavez said.

The idea for hosting the shelter animals came from Lenexa Animal Control Officer Ben Lancaster. Chavez said the benefits of the program extend beyond just the dogs featured for the day.

“It’s also a good way for the department to interact with the community and to promote pet adoptions generally,” Chavez said. 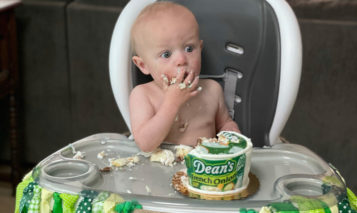