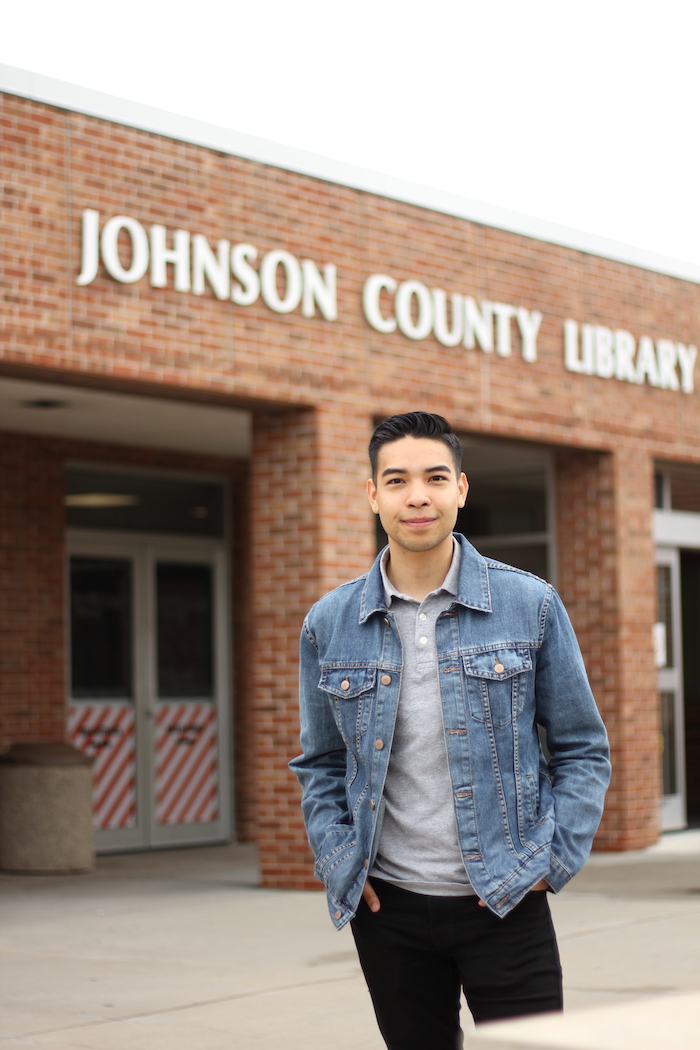 With all of the opportunities and experiences he’s had as a U.S. immigrant, Lenexa resident Alan Maldonado has been wanting to give back. So he spent time in Seville, Spain, where he interned last summer for Association of Women Between Worlds, a nonprofit that helps African women refugees. Born to a single mother in Cuernavaca, a city in the Mexican province of Morelos, Maldonado and his family immigrated to the United States when he was young. He grew up in California and then moved to the Kansas City area with his mother. Maldonado credits libraries for helping him and his mother learn English. He recently earned a bachelor’s degree in business and Spanish from Buena Vista University in Iowa, where he played soccer and served as president of the student senate. This fall, he’ll begin master’s and doctorate work in Spanish literature at Purdue University in Indiana. He and his mother live in Lenexa.

I had a lot of people from Hispanic origin tell me that I need to be careful in Spain because there’s a lot of racism and prejudice against Mexicans in Spain. They told me that I shouldn’t go lightly, that I should always be aware. And when I got there, everybody was very welcoming. I never faced racism or prejudice.

However, I did notice that when I went to some committees and meetings from nonprofits (the association sent me as their representative) I noticed that there was a lot of racism and prejudice against the people from Africa who were coming up to Spain.

That’s how I viewed all these refugees, all of these people. They’re like me. What are they supposed to do in order to gain your approval?

The association made me work with their resumes, and I could see the desperation in their eyes of trying to find something like work. When it came to the end of the summer, I remember we only had one job sector available. It was janitor at a hospital, just not a very good job.

I would say, hey, so listen, we only have one job available right now. It’s cleaning up, it’s bad hours. It looks like it’s hard work. And not one of them hesitated… Their way of just being grateful for even having that opportunity was there.

We only had about eight open positions and we had more than 80 people looking for those jobs. I think I spent the whole work day looking through resumes, picking eight out of all of those 80, 90 people. And it’s hard to find who deserves it more because they could all benefit from it. I cut it back to 50, and then at that point I couldn’t do it.

I felt heavy trying to make these decisions because I’ve been there with my mom. She’s worked in these types of jobs, where she goes in at 5 a.m. to her first job and then she goes into her second at 3 p.m. so I wouldn’t see her the whole day when I was growing up in high school sometimes. I know what that felt like for those moms, so how can I pick out of so many?

It’s stuff like that that gives me hope, because despite everything that we are seeing here in the U.S., I have encountered a lot of people who can show you that it’s not as it seems, and you do see humanity, I believe, and support and interest, being there for one another. That’s one of the biggest takeaways I got, is a simple I understand you can go a long way. It makes you feel like you’re not alone.