Lenexa Police are investigating after a man driving an antique car lost control and spun off Kansas Highway 7 south of 83rd Street on Thursday evening. 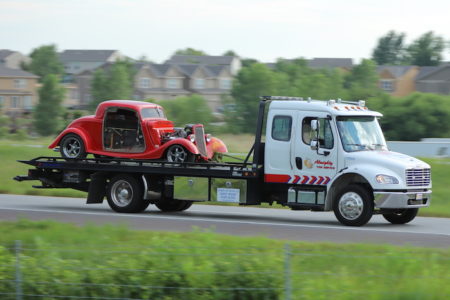 Lenexa and Shawnee firefighters were dispatched to respond with Johnson County Med-Act to the crash at 6:30 p.m.

The car, a 1934 Ford Roadster, did not have seatbelts. Radio traffic indicated that when the car spun around, the driver slid across the bench seat from behind the steering wheel to the passenger’s door.

No other details were immediately available