The city of Shawnee on Monday night conducted the first of three imagineering sessions as part of a visioning process for the city’s first ever strategic plan.

Their initial findings: Many residents like the city’s sense of community and amenities, and many others want to see economic development and better infrastructure.

Residents filled Transport Brewery in downtown Shawnee and broke off into groups to discuss the city’s strengths, opportunities and what they like about Shawnee, while deliberating on its weaknesses, threats and areas where they would like to see change.

The city established a steering committee to help facilitate the imagineering sessions as well as focus groups and city staff engagement. Ultimately, the committee will use the collected data to provide a comprehensive summary to the city council. The council will use the report to work on a strategic vision for the city during their retreats and work sessions later this year.

“This is our first ever strategic plan; the city has never had a long-term vision or plan,” said Assistant City Manager Caitlin Gard, adding that city staff has considered working on a strategic plan for a number of years. “Moving forward, the council created this as a priority.”

Mike Mowery with Strategic Government Resources (SGR), the city’s consultant for the strategic visioning process, said the goal of the imagineering sessions is to receive public input from residents on what they want for the future of Shawnee.

SGR is one of a few contractors providing services for completing the strategic plan, parks master plan and community/business survey. The council in April agreed to spend no more than $225,000 on these projects.

At the first imagineering session, many residents said they loved the sense of community and small town feel of Shawnee, as well as parks and recreation opportunities, a variety of housing (in terms of price points), and also accessibility and commute to the rest of the Kansas City metro area. Residents also praised the city’s public safety and public works departments.

On the other hand, several residents at the session said they would like to see more businesses and destination areas as well as economic development, redevelopment opportunities of blighted areas and planned growth in the city, especially to grow the city’s tax base. Residents also cited concerns with aging infrastructure such as roads and pipelines and especially had concerns with a “divide” between the eastern, older side of the city and its western, new side.

“I am so excited about the turnout and the response because it’s all about public engagement,” said Mayor Michelle Distler. “That’s how we create a community for everyone, is by having everyone involved in the vision for our future.”

Members of the steering committee include:

Two other imagineering sessions take place in August and September. Here are the dates: 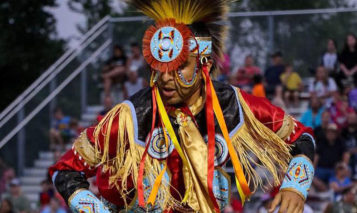 With many public pools closed, Mission Market asks customers to ‘Bring Your Own Baby Pool’ to have fun