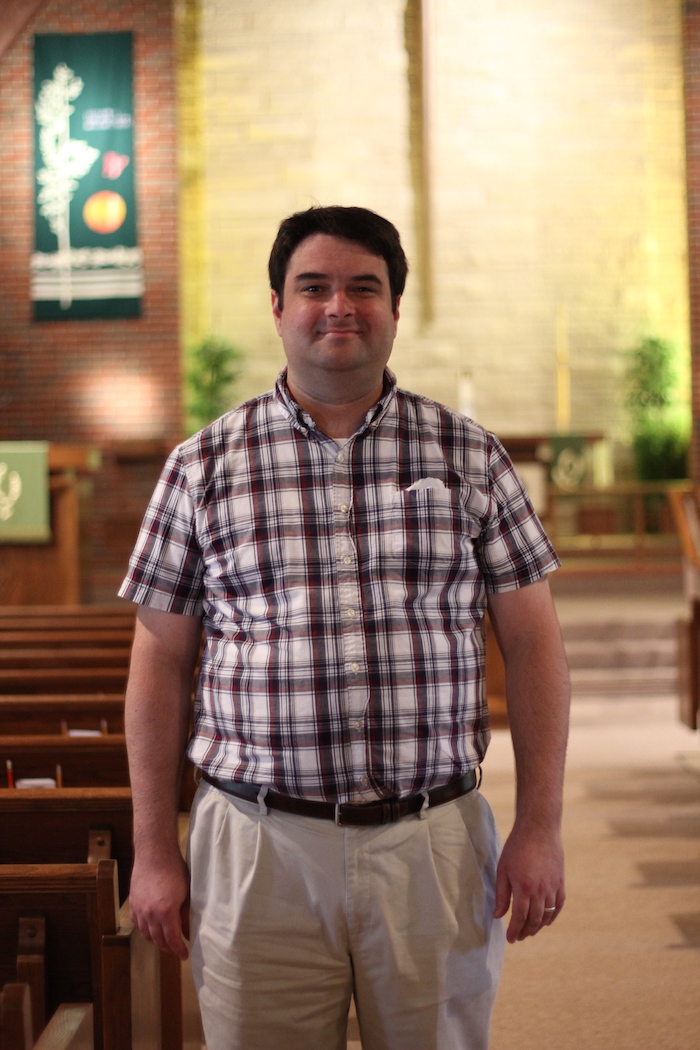 I can’t imagine doing anything else.

I grew up in a very rural area of eastern North Carolina. I mean we’re talking “dirt road” kind of rural. In that sort of area, your life career options are you go work in the pickle factory, the plywood factory or you farmed. I mean, that was kind of it.

None of that really appealed to me. Growing up in that culture, I didn’t mind hard work. I enjoyed hard work in a certain way. But when it came around middle school time, you know, pick your electives in middle school, all of a sudden you have choices in your education. And I wanted to be in the band.

Keeping in mind, the area that I grew up, classical music meant Lawrence Welk. I mean, I had never heard any Beethoven or Mozart or anything like that.

It was something out of the box that I wanted to do, and my parents were very reluctant for me to be in the band. They felt this was just a whim.

My fifth grade teachers went to my mom and said this would be really good for Steve. They convinced my parents that I should be in band.

I started on trombone and quickly switched to French horn. I had this crazy idea that trombone was too easy. I wanted something more difficult and the band director said, here play French horn, and I never complained about anything being too easy ever again.

I wouldn’t say I was a naturally gifted musician at all, but I had this sort of farm boy work ethic going for me and I dug in, and it was something I enjoyed and I kept at it.

Years later, I was in high school and the guidance counselor came to my mom with a flyer for the North Carolina School of the Arts. I got to thinking more about it and I read the flyer a second time. You know, this could be a chance to test the waters and see if I’ve got it.

I remember being completely overwhelmed when I went there. At the time, a man by the name of David Jolley was teaching French horn and he was the founding member of the Orpheus Chamber Orchestra in New York. The school was flying him down every week to teach lessons in North Carolina. I mean, it was nuts. So here I am, this 16-year-old kid off the farm and I’m taking lessons with one of the greatest horn players on the planet.

My senior year of high school, I started dealing with some not insignificant mental health issues. It’s actually really prevalent among musicians. I mean, you’d be surprised. I thought I had them under control. After graduating high school, I moved to New York where I continued to study with Mr. Jolley. I would study there just the one year and I had not reached a place where I had learned how to deal with them on a healthy, consistent basis.

So I ended up moving back to North Carolina and went to East Carolina University. It’s maybe 40 miles from where I grew up. And while I was there, I was still working through some of these mental health issues. And I got interested in conducting.

It would seem on the surface, like someone with mental health issues and anxiety about playing music, you would think immediately, conducting would make it worse somehow because of the level of responsibility and all that. But what I found was when you’re playing French horn, it’s all about what you do at the concert. It’s all about delivering the goods at the show, and for a conductor, the most important thing you do is the rehearsal process and preparing the product for performance.

This sort of farm boy work ethic really paid off.

I mean there are limitations to how many hours a day you can spend playing the French horn, but it’s not nearly as limited with studying scores or conducting. Being a conductor is about being a well-rounded musician. You’re not as much a specialist and you spend a lot of time studying scores. There’s not as much physical fatigue. You’re not limited by an instrument.

It’s an impossible thing to nail down with words. The feeling that you have, the feelings and emotions that music can draw out of you, it’s indescribable. That coupled with the long legacy and tradition of what classical music is, to know that this music has been affecting people for hundreds of years in a profound way that really can help us develop emotionally as human beings. I’m proud to be a part of that legacy and tradition, and I know what it does for me and it’s somebody’s responsibility to keep it going.