A Johnson County District Court judge on Tuesday announced he was tossing out a defamation lawsuit brought by Overland Park Sen. Jim Denning against the Kansas City Star.

With the decision, which came under the provisions of an anti-frivolous lawsuit statute Denning himself voted in favor of in 2016, Denning will be forced to pay approximately $40,000 in legal fees to the newspaper.

At the hearing on the Star’s motion to have Denning’s lawsuit stricken under the Kansas Public Speech Protection Act, Judge Paul Gurney determined there was no evidence that the Star had acted with “specific intent to injure” or “actual evil-mindedness” in publishing a column by former Johnson County Sun Publisher Steve Rose that criticized Denning’s opposition to Medicaid expansion. Moreover, Gurney said, Rose’s status as a contractor and not an actual employee provided a buffer between the organization and the writer.

Known as an “anti-SLAPP” law, the Kansas Public Speech Protection Act gives defendants the right to petition to have what they believe to be “meritless lawsuits that chill free speech” thrown out. Bernie Rhodes, the Star’s attorney in the matter, filed a motion to have the case tossed out on the basis of the Kansas Speech Protection Act in the weeks following the filing of Denning’s suit. Rose’s attorney filed a similar motion, but the judge will not hold a hearing on it until the end of the month.

In the column at the center of the case, Rose said that Denning had “finally confessed” his reasons for opposing Medicaid expansion legislation. But the two of them had actually not spoken since 2016, according to Denning. Denning sued both the Star and Rose in January after the publication of the column, saying that Rose had “falsely attributed his conjured-up comments to me.” The Star pulled the column from its website and has since acknowledged that it did not meet the company’s editorial standards, but maintained the matter did not meet the legal requirements for defamation.

Following the decision Tuesday, Rhodes said no one at the Star had ever had any reason to doubt’s Rose’s attribution of comments to Denning.

“That’s pretty clearly not actual malice,” Rhodes said. “Crying fake news is not enough. You have to have evidence. Sen. Denning did not have evidence, so the result was preordained.”

Denning and his attorney, Mike Kuckelman, who is chair of the Kansas Republican Party, did not respond to an invitation to comment on the ruling sent by email Tuesday afternoon. But Denning did post on Twitter that he was “disappointed” by the ruling:

We are obviously disappointed the judge dismissed our malice case against the KC Star. The Star admitted the Steve Rose article did not meet their standards and had it immediately deleted. (1/2) #ksleg

The lawsuit has forced the Star to publicly admit the comments made in the Rose article were false. With the evidence presented to the public, I believe I have proven my case. (2/2) #ksleg

In a story published by the Star on the decision, Star Vice President and Editorial Page Editor Colleen McCain Nelson categorized Denning’s suit as “a political ploy and an attempt to generate headlines — not a legitimate lawsuit.”

“With this decision, the judge affirmed that Senator Denning’s claim against The Star was entirely without merit,” McCain Nelson said, “and more importantly, he protected the First Amendment rights of The Star and all journalists.”

Denning has served as Sen. Majority Leader since December 2016. Democratic Rep. Cindy Holscher announced in April that she would be running for his senate seat in 2020. 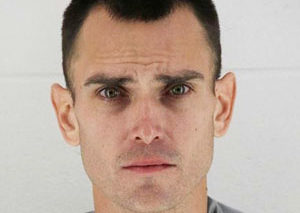