Two months after demolition crews began clearing the site of the former Mission Road Antique Mall building, the owner of the Corinth shopping center has presented plans to the city of Prairie Village for new commercial buildings.

Dubbed “Corinth Quarter” in the site plan documents submitted for consideration by the planning commission, the proposal by First Washington Realty calls for the construction of two new retail structures that would sit roughly on the footprint of the antique mall building. Additionally, the project calls for the reconstruction of much of the structure just north of the antique mall site that currently houses Paolini Garment Company. The portion of that structure that houses First Watch would remain intact. 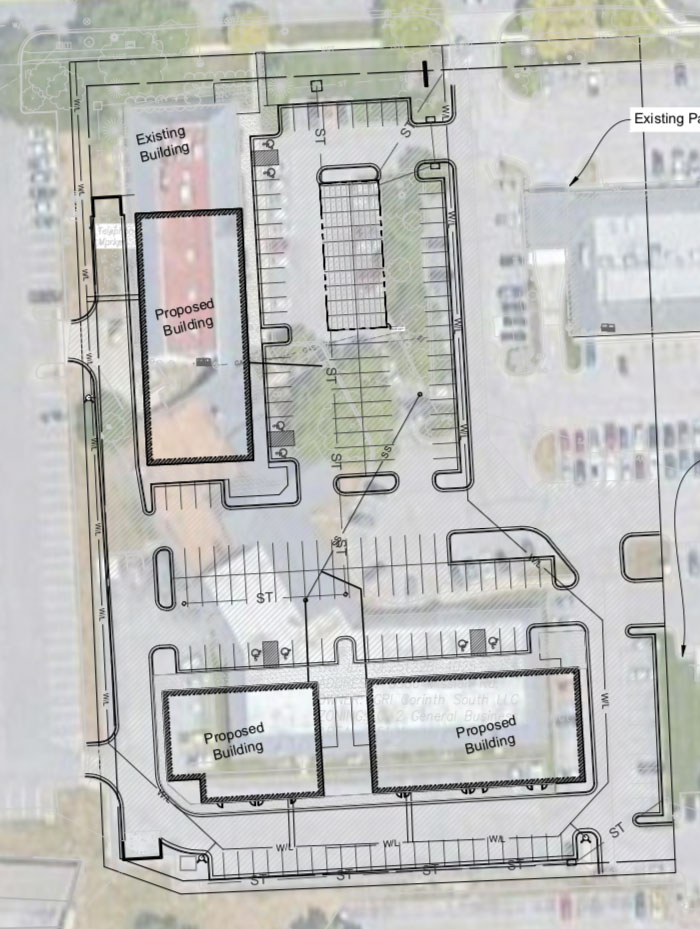 However, the plan will have to come back before the commission before it could get voted on for approval. At Tuesday’s meeting, the planning commission voted 4-1 to table the site plan until August to give First Washington time to develop a more robust landscaping plan for the project. Commissioners also asked the company to consider adjustments to the exterior design and building materials so that the aesthetic was more cohesive with the surrounding area.

If approved, the project would be eligible for reimbursements to the developer under the terms of the community improvement district agreements approved by the Prairie Village city council back in 2010. The agreements increased the sales tax rates at the Village Shops and Corinth Square by 1%.

Correction: The original version of this story indicated that the plan would be advanced from the planning commission to the city council for approval. Site plan applications do not require council approval.