This year’s busy election cycle in Overland Park includes a primary for one of Ward 5’s two seats on the city council, where new candidates Phil Bressler and John Coughlin are challenging incumbent Faris Farassati, who is seeking reelection to a second term. 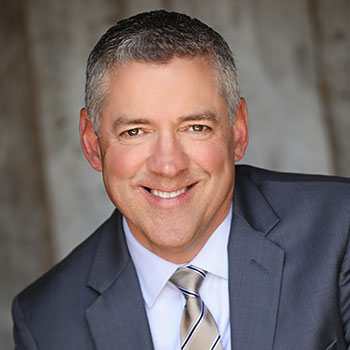 Challenger Phil Bressler said he decided to a run for Overland Park council in hopes of continuing positive momentum in the city and applying his strategic planning background to local government.

“I feel so fortunate to live in Overland Park and my family and I have never taken that for granted,” Bressler said. “I’m running as a way to give back and to bring my strategic planning business experience to our residents as we plan for the future of Overland Park.”

Bressler has been in the marketing and advertising industry for more than three decades, and is currently president of CREATIVEfn, an agency that specializes in brand strategy for small-to-medium sized businesses. He is also the chair of the board for Warriors’ Ascent, a non-profit organization that focuses on addressing post-traumatic stress disorder among military veterans and first responders.

Bressler said he believes Overland Park can continue to exhibit leadership among municipalities in the metro.

“While our city is almost 60 years old, we still have so much opportunity to be a model for what successful and growing cities look like,” Bressler said. “We need to continue to raise the bar and do what’s best for Overland Park.”

He cited the service of Mayor Carl Gerlach and Ward 5’s other councilman as models for service.

“I highly respect Mayor Gerlach and Ward 5 Councilman John Thompson, and many other city leaders. I am dedicated to serving our community and building on the great work that has been done to date,” Bressler said.

Bressler and his wife are parents to two grown sons. 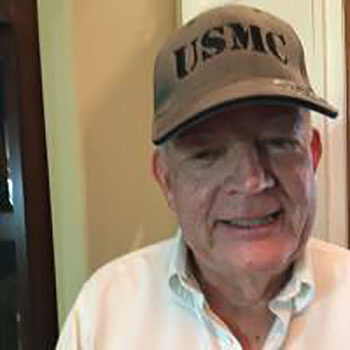 Challenger John Coughlin is a first time political candidate who says on his campaign website that he is running in part because he wants to see if the “system is fair for everyone.”

Coughlin has served on the Hawthorne Homes Association for 13 years and has been involved in a number of volunteer organizations.

He was enlisted in the Marine Corps for six years and went to college at Rockhurst University.

He was employed at National Cash Register for 42 years.

(Coughlin did not respond to email inquiries about his motivations for running). 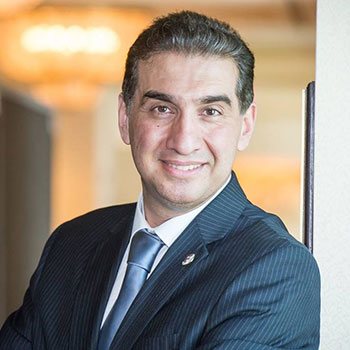 Incumbent Faris Farassati said he’s looking to continue his service on the council because he wants to be a voice for aligning the city’s resources with its goals.

“What motivates me to run for a second term is the fact that I see a significant need for what I refer to as ‘evidence-based’ government,” Farassati said. “This means making policies that secure a better future for us and our next generation on the basis of reliable and verifiable information and studies.”

Farassati was first appointed to the council in May 2017 after the resignation of John Skubal, who had taken a seat in the state senate. Farassati was then elected to fill the remainder of the term in November 2017. During his time on council, he’s raised questions about the use of public finance incentives and encouraged the governing body to slow down certain decisions when residents have spoken out against proposals, including the plans to raze the gazebo at Santa Fe Commons.

“My focus for the next term will be on enhancing public awareness and involvement in city affairs, re-directing the logical use of tax dollars towards projects with significant public benefit, enhancing city services including resolving current issues with traffic and road maintenance and supporting local economy and responsible development that is in harmony with the characteristics of OP in terms of culture, history, diversity and environment,” he said.

Farassati is a cancer researcher at the Kansas City Veterans Affairs Medical Center. A native of Iran, he was granted permanent residency by the U.S. Immigration and Citizenship Services under the “extraordinary ability” category based on his medical research, which includes therapies for treatment of the brain, liver, breast and pancreas. He holds two PhDs. Prior to his appointment with the VA, he was an Associate Professor of Medicine at The University of Kansas Medical Center and Assistant Professor of Medicine at University of Minnesota Medical School.

Farassati and his wife, a gastroenterologist at The University of Kansas Health System, have been married for 23 years and have two children.