Overland Park can keep its mill levy constant and still meet its needs next year, but city council members may have to start thinking about an increase in the tax rate as early as the 2021 budget, said City Manager Bill Ebel.

Ebel presented a budget plan to council members that described the city’s financial situation as “stable” and advised keeping the tax rate at 13.566. But there are signs of trouble ahead as the growing population puts more of a demand on infrastructure repair and public safety, Ebel said. That, plus a weak growth in sales tax revenue could put a levy increase on the table, he said.

Ebel’s proposed a $304.7 million total budget for 2020, with $128.5 million in operating expenses. The budget was written on the assumption that property values would increase about 4.4 percent this year, he said.

The sales tax is another matter. Ebel said sales tax revenues in Overland Park and throughout the state have been very weak for the first five months of this year. Although revenue from sales tax is actually down so far this year from last, he projected sales tax would grow at 1.9 percent for 2020, but said budgeters everywhere will be keeping an eye on it.

Operating expense in the 2020 budget would grow by about 3.7 percent, an amount Ebel said was “reasonable” but is slower than in previous years.

The city would add 17 employees under Ebel’s budget. That includes three information technology positions, four dispatchers and a dispatch supervisor plus two fire department personnel. The budget would also add two positions to parks and one for building maintenance.

The proposal also budgets a 3-3.5 percent increase for employee compensation in 2019.

Part of the way the city is accomplishing a static tax rate is by spending down the reserves in its operating budget gradually, with a plan to have them at 29.9 percent by 2024. But Ebel warned that may not be enough to keep up with future pressures on public safety resources and street repair.

Streets in particular will become more of an issue as the city approaches its 60th birthday in 2020, Ebel said. A mill levy increase for streets would have to be put to a public vote, under the state’s tax lid. The city could extend a one-eighth cent sales tax that expires in 2024 and generates $7.5 million per year. But that, too, would require a ballot question, he said.

The budget proposed by Ebel is the start of Overland Park’s process. From here, city council members and staffers will go through department budgets and set priorities about spending. The council will discuss it again at a Committee of the Whole meeting July 15, and a public hearing is scheduled for the August 5 city council meeting. 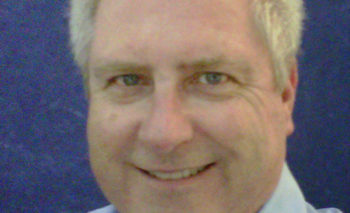 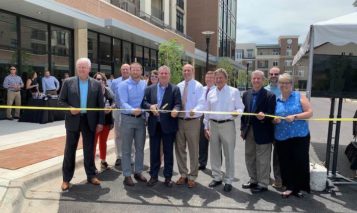 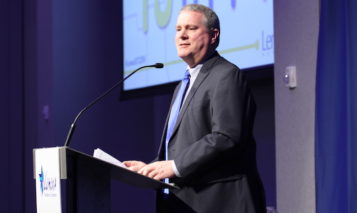 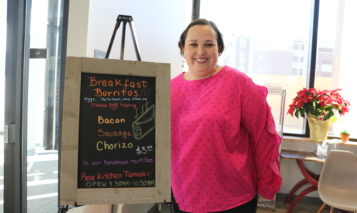