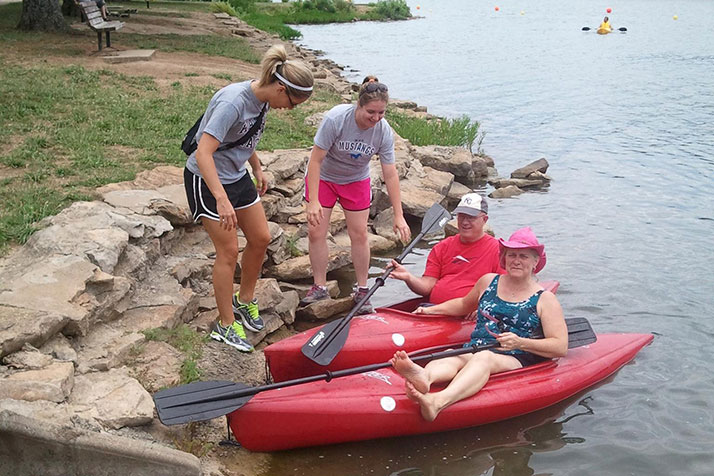 Johnson County government encouraging residents to plan summer ‘staycation’ at home. The Johnson County government has created a social media hashtag #JoCoStaycation to celebrate local entertainment options in the county. Johnson County is encouraging residents to plan their vacations here at home by tapping into local entertainment options and amenities. If residents use the county’s new hashtag on social media with a photograph of their summer fun, then they have the chance to have their photo appear in the county’s July JoCo Magazine.

Lenexa mother gives chlorine bleach to adult sons with autism. For the past year, according to her social media posts and documents from a police investigation, Lenexa photographer Laurel Austin has been giving chlorine bleach to two of her adult sons, Jeremy and Joshua, who have autism. Her Facebook posts indicate she is looking for a cure for autism; there is no known cure. The Food and Drug Administration has warned the solution amounts to industrial bleach, and doctors say it can cause irreparable harm when ingested, including damage to the digestive system and kidneys. However, local police, the state’s division of adult protective services and a medical doctor treating Jeremy have all declined to intervene. A police spokesman said there wasn’t enough evidence that chlorine dioxide was dangerous, while a caseworker with the Kansas Adult Protective Services told police that she didn’t see the situation as serious enough for the state to take action. [Fake science led a mom to feed bleach to her autistic sons — and police did nothing to stop her — NBC News]

Shawnee finance director Maureen Rogers retires after seven years with city. The city of Shawnee’s finance director, Maureen Rogers, is retiring after seven years with the city. Her last day is today, June 17. Mayor Michelle Distler thanked Rogers during the June 10 council meeting for her service and leadership to the city. “We hope you enjoy your retirement, and you will be missed,” Distler said. “I have always appreciated and respected that I could trust you when it came to these kind of things, so you’re going to truly be missed.”