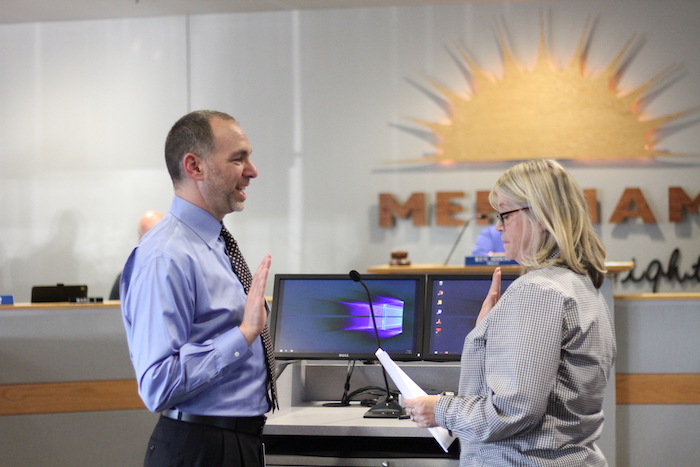 Jason Silvers sworn in as Merriam Ward 1 councilmember. Jason Silvers was sworn in on Monday to fill the vacant Ward 1 seat on the Merriam council. Silvers replaces former Councilmember Robert Weems, who stepped down a few months ago after he moved out of the city. Silvers will finish the remainder of Weems’s term, which ends at the end of this year. He is among the four candidates who have filed to run for the seat in this fall’s election cycle.

Merriam offers walk-through interactive history tour. Merriam is offering interactive tours about its history through the Otocast App, which offers personal tour guides. The Merriam Interactive History Tour offers a brief summary of 12 historic sites in the city and includes then and now photos, an audio component and a mapping feature. Merriam’s interactive tour focuses on pivotal moments in history from pre-settlement to the late 1940s, citing significant locations and attractions across the city, including the Shawnee Friends Mission area and the former Walker School.