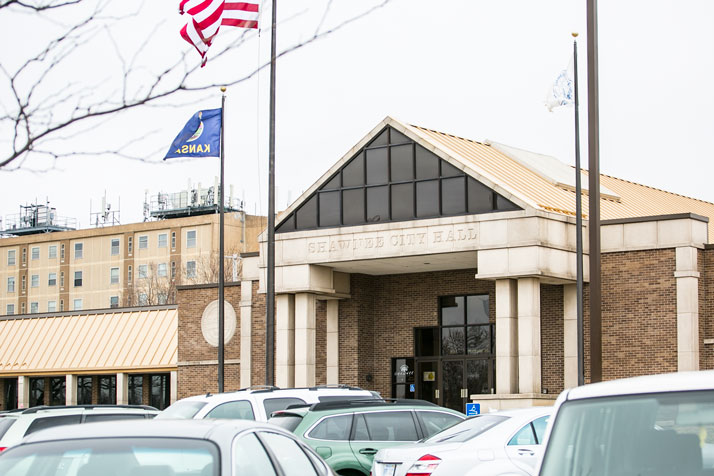 The race for the Shawnee council Ward 4 seat has three new faces, triggering an August primary. Incumbent Mickey Sandifer is not one of them.

Shawnee residents Jill Chalfie and Matt Shaw filed for the seat against Kris Durbin, a third candidate who filed a few months ago. Sandifer said he withdrew his candidacy for personal reasons. By the end of his term, he will have served almost 16 years on the council.

A resident of Shawnee for 13 years, Chalfie said she is excited to see continued growth and progress in Shawnee.

“I am passionate about building a strong community,” she said. “I grew up in the same small town in Iowa where my parents were both born and lived their entire lives. This continuity instilled in me the importance of community service and getting to know your neighbors.”

Chalfie said she put down roots in Shawnee to have a vested interest in making Shawnee “a dynamic, vibrant city that attracts both families and businesses.”

“I believe that at every level, if we listen to varying opinions, consider the good of the city as a whole, and are willing to compromise, we can make thoughtful, responsible decisions that will keep Shawnee moving forward and make our city great for both current and future residents,” she said.

Chalfie leads Lucy’s Kids for Peace, a local chapter of a global nonprofit, Kids for Peace, and also serves on PTA boards at Benninghoven Elementary and Trailridge Middle schools. She co-founded the Shawnee Mission School District’s Circle of Kindness and is a member of the Seven Hills Farms HOA board. She also volunteers with Phoenix Family.

Chalfie was an honorable mention recipient in the 2019 Kindest Kansas Citian. She and her husband, Michael Chalfie, received the city of Shawnee’s Good Neighbor award. She and her family are members of Holy Trinity Catholic Church.

Born in Shawnee, Shaw returned to his hometown about five years ago to grow his roots here. This is his first time seeking a seat on the council.

“I really love the town; I really valued my childhood growing up in Shawnee,” he said, noting the city’s schools, public safety and parks as valuable amenities. “But since I’ve been back, I’ve just noticed that there seems to have been in Shawnee, compared to the other cities in the metro area, just kind of a lack of direction and lack of vision. If you look at how the other cities are growing, versus our growth, it’s lagged behind.”

Shaw said he thinks the city of Shawnee seems to rely on residential property taxes to fund the government instead of commercial taxes. He’d like to address those issues and help the city develop a long-term visioning plan for the direction of Shawnee’s future.

Shaw has served four years as precinct representative for the Republican Party. He holds two bachelor’s degrees in economics and German language and literature from the University of Kansas.

Shaw previously lived and worked in Budapest, Hungary, in a number of positions, including as a business analyst, transaction analyst and in compliance roles. He now works in insurance and is employed with Swiss Re in Kansas City, Missouri.

He said he believes his international experience and love for his hometown makes him the ideal candidate for the Ward 4 seat.

“No city is an island anymore,” Shaw said. “Because I have those experiences, I’m able to represent our city in a way that will help make it more attractive, not only for the people that live there but for others that would be interested in investing.”

Shaw speaks English, German and Hungarian. He lives in Ward 4 with his wife, Edit Shaw, and their two sons.