Today marks the 75th anniversary of D-Day. The memory of the Allied invasion is still strong with 99-year-old John M. “Jack” Brooks, a Fairway resident and Army veteran who led 140 men onto Omaha beach.

Brooks lives with his daughter and son-in-law, Barbara and Hank Young. Barbara Young helps her father carry on the memory of that day and honor of the 48 soldiers his unit lost in the first wave of infantrymen in the Allied invasion of Normandy on June 6, 1944.

By D-Day, Brooks had already seen combat, having fought in North Africa, Sicily and other parts of Europe. He served during all of World War II with the 16th Infantry Regiment, 1st Infantry Division. By the time Brooks landed on Omaha beach, he had risen to the rank of captain, commanding Company B. He had just turned 24.

Young said her father has returned to Normandy every decade since that day until the 60th anniversary in 2004, when he was 80 years old. She said she and her brother were lucky to accompany their father.

Young said it was “a very emotional, personal experience” to visit Omaha beach and the American cemetery with her father. They had stood from the bluffs looking out at Omaha beach, right where Brooks and his soldiers had rushed from the boats and faced deadly obstacles.

“To look at that and visualize my father and all those soldiers and realizing on that beach how far they had to go to get to any sort of protection, it was like how did anyone survive?” Young said. “For my dad, it was always to go back and honor his soldiers and his company and those who had died, to go back and honor them on D-Day. Being able to go with my father, I feel very fortunate. It was hard, just like now.”

A long military lineage dating back to the Revolutionary War

While he was in Germany, Brooks met his future wife, a German woman named Ingeborg “Inge” Schulz, through his interpreter. They started dating, fell in love, got engaged and eventually came to New York where they married after the war ended. Schulz is 95 years old and lives in Bishop Spencer on the Plaza. Young recalled that her parents had to marry within 90 days of Schulz entering the United States because she was German.

Brooks continued to serve in the Army. He fought in the Korean and Vietnam wars before he retired in 1966 as a colonel in the U.S. Army. Young said her father has many accolades, having received the Bronze Star Medal with four Oak Leaf Clusters, the French Legion of Honour and the Legion of Merit, a medal from the Army. He is also a Distinguished Member of the 16th Infantry.

Young said her family has a long history of military service that dates back to the Revolutionary War. Brooks’s father served as a major general in the Army Air Corps during World War I and II, and their ancestors served in the Mexican Revolution and American Civil War as well. Young said she is keeping her family history alive through recordings, including at the Library of Congress, as well as family recognition at war memorials and other documentation, so that future generations don’t forget.

“I’m very proud of my dad and my grandfather and uncle and all of our ancestors who served and sacrificed for our country,” Young said. “I look at the events of what are happening today, and I just feel it is so important that these generations coming up understand the sacrifice of all of those before them so that we have our freedom and love of our country. We wouldn’t have it today if not for all those who have gone before.” 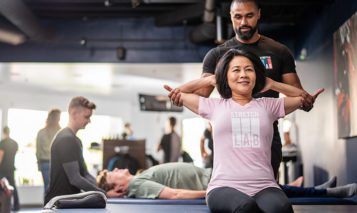 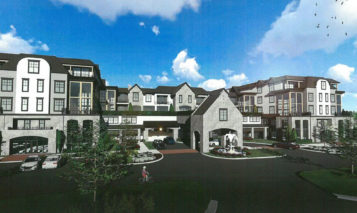 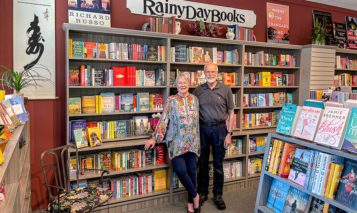