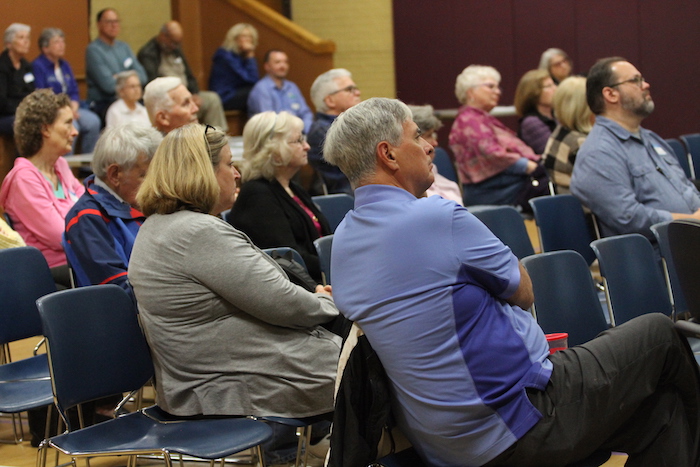 Merriam to host second public meeting on future of historic Irene B. French Community Center. The city of Merriam is hosting a second public meeting on the future of the Irene B. French Community Center. The meeting is set to take place at 7 p.m. June 26 at the French center, 5701 Merriam Drive. The steering committee leading plans and discussion on the center’s future will provide an update on progress, based on public feedback the committee received in April.

Senate District 10 candidate Lindsey Constance raises $10,000 in first week of campaign. During her first week since filing to run for Senate District 10, Shawnee City Councilmember Lindsey Constance announced Monday that she has raised more than $10,000 from 100 individual donors. “The outpouring of support I’ve received in this first week is incredible, and shows that the people of Senate District 10 are ready for a leader who will work for their real-life priorities,” Constance said. Constance filed to run for Senate District 10 on May 23 and held a kick-off fundraiser the following day at the home of Rep. Jarrod Ousley. In attendance were Senate Democratic Leader Anthony Hensley, State Board of Education member Ann Mah, Representative Brett Parker, and Regional Kansas Teacher of the Year candidate Jonathan Ferrell, as well as other members of the Kansas legislature.

Johnson County encouraging residents to make stormwater improvements to their homes. Johnson County is encouraging residents to make sustainable landscape solutions that improve stormwater issues. The county program, Contain the Rain, allows residents in participating cities the opportunity to be reimbursed up to 50 percent of costs for materials and installation related to improvements. Some improvements include planting native trees, installing pollinator and native plants, creating rain gardens and adding rain barrels. More information on the county program and reimbursement is at containtherainjoco.com. Each city administers the funding for its individual reimbursement program. The following northeast Johnson County cities are participating in the stormwater reimbursement program: