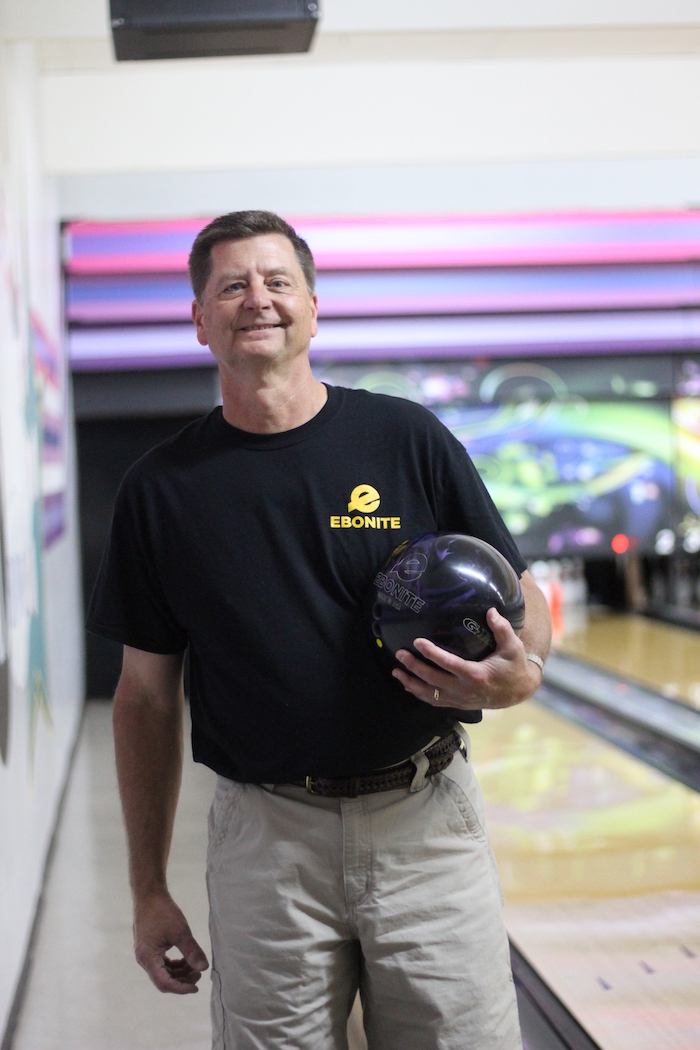 By the time he was 8 years old and bowling in a league at Mission Bowl, he was hooked. Bryan Goebel kept up with his favorite sport through high school until he graduated from Shawnee Mission North. He bowled one year for the University of Kansas and has since made a professional career out of bowling for the Professional Bowlers Association. Goebel was inducted into the PBA Hall of Fame in 2017 and has earned dozens of accolades in the sport. He’s now in his eighth season on the senior bowling tour, where he’s won a major title. He bowls several days a week at KC Bowl and lives in Shawnee with his wife, Kelly Goebel. They have a 27-year-old daughter who is married, and they’re enjoying their first grandchild.

When I got my feet wet, became a pro bowler, I bowled my very first big-time tour that was on TV and finished 12th. So you think, wow, I’m going to be the greatest bowler of all times now. That made me drop out of college and go out on the tour. So to start the 1982 season, I went out on tour and I went 0 for 10, didn’t make a dime and pretty much decided wow, I stink.

So I came back home and I went back to school and met my wife and got my degree and I kept bowling some small tournaments. We got married in ‘85 so I got a job working at a college here in Kansas City, just in sales. And in 1988, I decided — 27 years old — to try it one more time before I was too old to do it.

And so I quit that job and went out on tour again and started the 1989 season, and I was out there 16 years and I won 10 titles while I was out there. So I was very successful the second time around.

In the PBA, in order to get into the hall of fame, there did not use to be any kind of stats that said you had to have these to get in. It was a not-for-profit, so a guy bought the PBA to make it a private organization in 1999.

At the time that this happened, I had nine titles and of my nine, one of them was a major title. There were guys in the hall of fame that had less than I had, so I was pretty confident that that would get me in the hall of fame. That was up to the time these guys bought the PBA and in 2001 changed the rules to say that you had to have 10 titles or you had to have two majors and I didn’t have either one of those.

You might imagine it’s pretty disappointing to know — and I’m at the end of my career now — and so in 2001 I hadn’t won in three years and was turning 40 and probably not going to win again.

I probably work harder at this game than a lot of people do. And you’d be surprised that I’m 57, I still practice every day, and most of the guys I talk to don’t. I’ve spent a whole career doing that, so I’m probably not as talented as a lot of guys are. I think I just work really hard at it, so I feel grateful for that. I think it’s kept me in good shape. It’s a more physical game than you think at the highest level. I’m a pretty hard worker at the game.