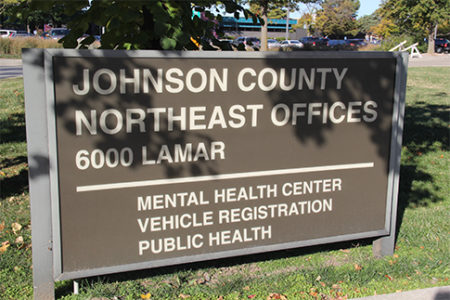 Mission health clinic temporarily closed for training. The Johnson County Department of Health and Environment’s health clinics in Mission and Olathe will be temporarily closed after Memorial Day for staff training on a new electronic medical records system. The Mission Clinic at 6000 Lamar Ave. will be closed May 27 through June 10. Walk-in services — immunizations, STD testing and treatment, pregnancy tests, physicals, tuberculosis tests — will not be available during that time. Women, Infants and Children offices will remain open during this time to serve WIC clients.

Johnson County Republican Party vice-chair Missey Smith moves on to position with state party. Johnson County Republican Party Vice-Chair Missey Smith has resigned her position, effective Wednesday, to accept a position with the Kansas GOP. With the state party, Smith will be assisting with training, education and philanthropy. Smith said she has “really enjoyed spending time with volunteers and members of JCRP.” She thanked state chair Mike Kuckelman for offering her the opportunity, and she looks forward to being able to help in electing Republicans across the state.

Local Methodist leaders said they plan to stay with church while resisting anti-LGBTQ policies. A gathering of centrist and progressive United Methodist Church leaders has concluded that they plan to resist newly adopted policies that are seen as discriminatory against gay, lesbian and transgender members, rather than break away from the global church. That’s the path that emerged from meetings of 600 United Methodists this week in Leawood as part of the UMCNext Conference held at the Church of the Resurrection. United Methodists leaders, including Church of the Resurrection Pastor Adam Hamilton, were dismayed with the results of a worldwide General Conference of the church in February in which a majority of delegates voted to uphold what’s referred to as the Traditional Plan. The policy reaffirms that homosexuality is incompatible with Methodist scripture and upholds a ban on same-sex marriage and the ordination of gay, lesbian, bisexual and transgender clergy.“We’re saying it’s not OK for the church to treat people as second class,” Hamilton said. [Methodist leaders say they’ll resist church’s anti-LGBTQ policies but not break away — The Kansas City Star]