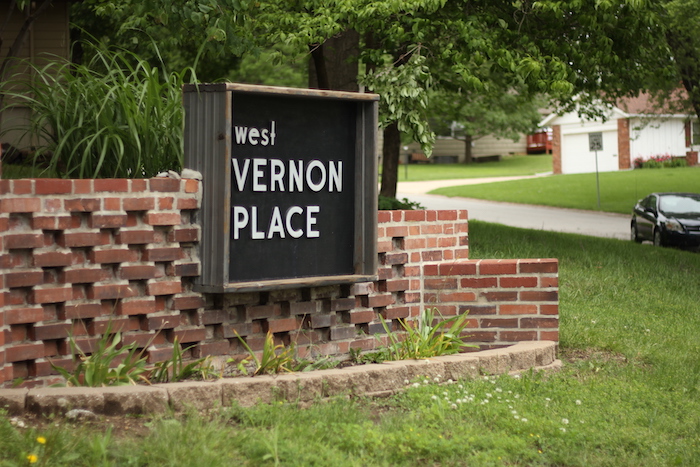 The streets in the West Vernon Place neighborhood of Merriam are slated to get sidewalks in the coming months — but some residents who live there are organizing to convince the city council to halt the project.

More than a dozen neighbors voiced their opposition to the project at the city’s May 13 council meeting. Most who spoke against the city adding sidewalks to West Vernon Place said their neighborhood has always been quiet and safe for them to walk on the street.

“It will just destroy the neighborhood, as far as I’m concerned,” said Mary Thomas, a resident of West Vernon Place. “It just doesn’t look good. We would just really like to see that money spent somewhere else in Merriam. We love Vernon Place the way it is.”

Residents were also concerned about their trees, planters and other items that might be disrupted or removed to make room for sidewalks.

The council then decided to pause the process and bring the sidewalk issue to its June 24 regular meeting as a discussion item. Residents will be able to provide comment at that time. City Administrator Chris Engel said city staff will provide information on the history of the city’s sidewalk program to help council make an informed decision whether to infill the streets of West Vernon Place with sidewalks.

West Vernon Place is one of the few places in Merriam that still has no sidewalks. Engel said the city’s sidewalk infill program has been a part of Merriam’s capital improvement program since about 2015. The program has supplemented the city’s work to modernize its streets from ditch sections to curbs and gutters.

City code also indicates that residential streets should have sidewalks on at least one side, Engel added.

“The concept behind the sidewalk program was that we as a community — or at least the council at that point in time — believed in the idea of walkability, safety, the regreening of our neighborhoods, eventually, with younger families that are starting to move into our communities and their desire to have sidewalks,” Engel said, adding that the city’s intention is that sidewalks create sustainability of neighborhoods.

The city has completed design work for the sidewalks and was about to start the bidding process when residents shared their opposition at a sidewalk infill meeting May 9.

Engel said residents in West Vernon Place were notified in November 2018 that the city was planning to move forward with adding sidewalks to their streets this summer. Streets slated for sidewalks include:

Engel said that in the past, residents have pushed back against sidewalks but the council has still moved forward with the program.

“My belief is that once those sidewalks were installed, people started using them as opposed to walking on the streets, which meets walkability and safety standards,” Engel said. “There are young families that are moving to our neighborhoods, and their wants, needs and desires from what they expect from local government sometimes are different from our more tenured residents that have been here for a long time.”