In Overland Park, work has been underway for a few years now on projects to revitalize the historic downtown district. In Shawnee, city leaders are hoping a similar renaissance is in the offing for its downtown.

Nieman Road, a core street of downtown Shawnee, has been under construction for the past several months; the city is reducing the corridor between 55th Street and Shawnee Mission Parkway from four lanes to three, while adding bike lanes, sidewalks set back from the road and more green space. In the next few months, after work on storm drainage and road improvements get underway, the corridor will start to take shape, say city staff. Utility lines just went underground a few weeks ago. The city expects substantial completion of the roadwork by October.

But what happens to downtown after that — what happens to the century-old buildings and commercial properties lining Nieman and Johnson Drive — will largely be up to private developers. 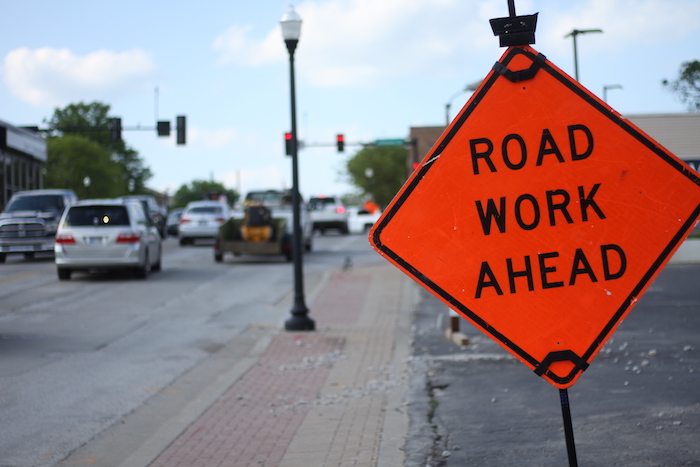 Redevelopment of Nieman Road in downtown Shawnee is one part in a series of steps the city has undertaken to revitalize the city’s town square district.

Lauren Grashoff, neighborhood planner for Shawnee, said the city has gone through numerous visioning studies for downtown; much of the city’s current work is based on an action plan city leaders created in 2002. Shawnee also established a downtown partnership with area stakeholders to develop a long-term strategy for the town square that would make it ideal for developers.

“It really is intended to be a different district feel [and] look than some of our other traditional commercial corridors,” Grashoff said. “We really want this to be mixed-use and pedestrian oriented.”

Eric Ely, director of business development and retention for the Shawnee Economic Development Council, contends that Shawnee is ripe for development now.

“The city had invested on that side of town, to redevelop that street, make it nicer and make it a place where developers can have the vision,” he said, adding that “great things are happening in the background” for private redevelopment downtown. But because they’re under negotiations, he said, he can’t talk specifics.

Some of that organic growth of downtown is already happening with the addition of two microbreweries as well as restoration of Aztec Theater. Ely expects momentum to continue, especially because east Shawnee is a short drive from “all the action” and redevelopment in the Kansas City area.

“We know that it’s an attractive area; the timing’s right, school districts are still very good,” Ely said. “And I think, with the organic growth that we have right now, the redevelopment, when the road’s done and all that mess is gone, I think the developers know it’s prime for development. It’s a good spot.”

Ely compared the opportunities in downtown Shawnee with what is happening in downtown Overland Park — a walkable community, mixed-use development and density.

Aging infrastructure is a major obstacle for redevelopment of downtown, especially considering that the oldest part of the city has a few decades on other parts of northeast Johnson County. For example, Jonathan Williamson, one of the owners of Transport Brewery downtown, said the majority of construction time was spent gutting the interior.
Ely sees the aging infrastructure as an opportunity for developers to get creative.

“There’s some unique things that can be done in an older city,” Ely said. “You’re not going in fresh and building all brand-new buildings; you’re able to use some of the structures.”

And notably, downtown Shawnee was recently identified as a federally declared Opportunity Zone, which means redevelopment of downtown could come with additional tax incentives.

The work along Nieman follows a series of public and private investment to revitalize the town square district, including a rechanneling of Turkey Creek and additional trail alongside the channel, several stormwater drainage improvements and private development of Stag’s Creek.

Ely said he’s hopeful private development will flourish downtown in the near future.

“Change is really tough, especially when you see cones and you feel like something’s never gonna get done,” Ely said. “But I think once people see some of the organic growth that’s happening from this, once some of these other developments come in and the road starts to actually take its shape, I think people will start seeing the big picture. It just takes a lot of time. There’s a lot of moving parts.” 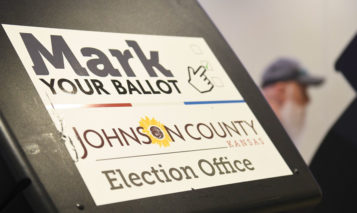 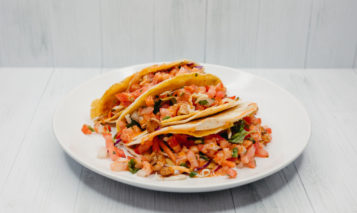 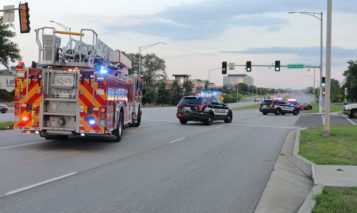