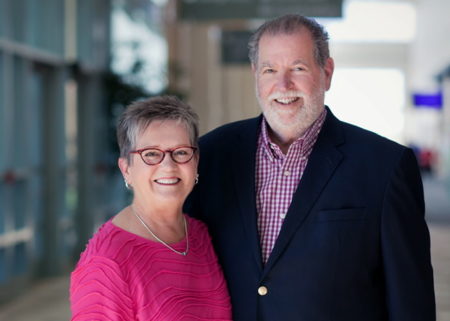 Children’s Mercy receives endowment to research adolescent depression, suicide prevention. With suicide among adolescents rising in Johnson County and around the country, former state representative Joy Koesten and her husband Stewart of Leawood have launched a campaign to fund an Endowed Professorship in Developmental and Behavioral Health at Children’s Mercy Hospital supporting research into adolescent depression and suicide prevention. Jenea Oliver, vice president of philanthropy and chief development officer, said the gift will help the hospital advocate for children. Through a combination of annual gifts and planned giving from the Koestens and other donors, the endowed professorship eventually will total $1.5 million. The first year’s fundraising goal is $500,000.

Lenexa changes start date for elected officials’ positions. The city of Lenexa has changed its start date for newly elected councilmembers and the mayor from the second Monday of January to the first Tuesday in December. The change comes after the Kansas Legislature passed a law giving cities the flexibility to determine their start date for newly elected officeholders. As such, the term of the mayor and each councilmember whose position was up for election in April 2015 shall expire on the first Tuesday in December 2019, and the terms of Lenexa councilmembers elected in November 2017 will expire the first Tuesday in December 2021. The state law allows cities to set the date for taking office so long as the date is not earlier than Dec. 1 following certification of the November election, but no later than the second Monday in January.

Johnson County Mental Health Center pilots program offering mental health services to infants and their families. Johnson County Mental Health Center is piloting Attachment & Biobehavioral Catch-Up for infants aged 6 – 24 months and their families. The goal is to strengthen a parent’s relations with his or her child, while helping the child to learn to regulate behaviors and emotions. Developed by Mary Dozier at the University of Delaware, the program is open to any family who may be considered “at risk,” based on the parents’ history or early experiences for the infant. Since the program is a pilot, it is offered without charge. For more information, call Yannacito at 913-826-1540 orCase Manager Rachael Perez at 913-826-1522.