SM North senior Grace Altenhofen wins first-ever KSPA Courage in Journalism Award. SM North senior Grace Altenhofen, who raised questions about the Shawnee Mission School District’s moves to hinder student journalists from documenting a walkout protesting school shootings last year, was named one of the first-ever recipients of the Kansas Scholastic Press Association’s Courage in Journalism Award last week. The award was designed to honor journalists who “who showed determination, despite difficulty or resistance, in lawfully exercising First Amendment press rights.” Altenhofen was also one of the student plaintiffs in the lawsuit over the Shawnee Mission School District’s violation of the First Amendment rights of students. Blue Valley Northwest student Anna Cowden was also recognized with the award for her work covering the police shooting of a student and a racial discrimination lawsuit.

Rep. Rui Xu, witness raise concerns over alleged offensive gesture. Rep. Rui Xu said he was offended by what appeared to be a racially motivated gesture from a top senator’s aide May 3 on the House floor. Xu, the first Asian-American in the Kansas House, said he saw Ethan Patterson, the chief of staff for Senate Majority Leader Jim Denning, look directly at him, place his hands together and lean forward in a bow that he viewed as a stereotypical caricature of Asians. A Democratic volunteer in the capitol that night said she saw the incident as well. Patterson denies making the gesture. The moment in dispute wasn’t captured by the official House video broadcast, but it allegedly happened while Senate and House leadership were meeting in advance of a House vote on a budget proposal. “Growing up, I never had anybody like me in a position of power, and I’m finally able to be a voice to amplify,” Xu said. “It would be a dereliction of duty, actually, for me to just let this slide.” [Rep. Rui Xu concerned by alleged offensive gesture — McPherson Sentinel]

Kansas City comedian Mike Smith sentenced to 23 years for manslaughter of Overland Park man. Mike Smith, a Kansas City comedian, was sentenced to 23 years in prison for manslaughter of an Overland Park man. Michael Collins Smith, 49, was sentenced in Johnson County District Court on May 3 for two counts of voluntary manslaughter, one count of aggravated child endangerment and one count of possession of a firearm by a felon. Smith was found guilty in February in the 2017 shooting death of Anthony L. Shuster in Overland Park, as well as attempting to kill another woman and endangering a child who was present at the time of the shooting. [KC comedian said career was an ‘attempt at redemption.’ He’s heading back to prison — The Kansas City Star] 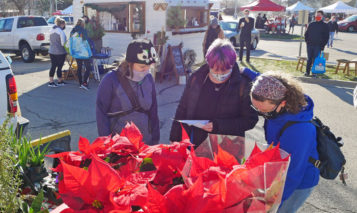 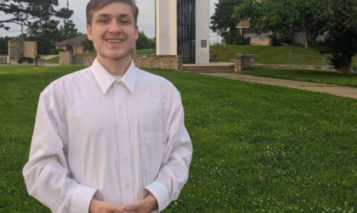 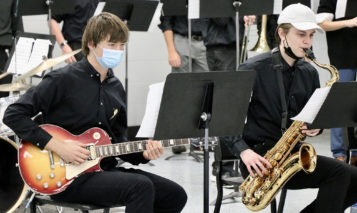 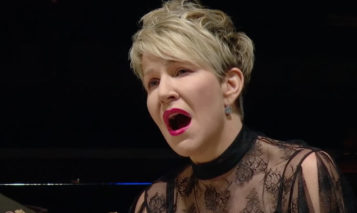