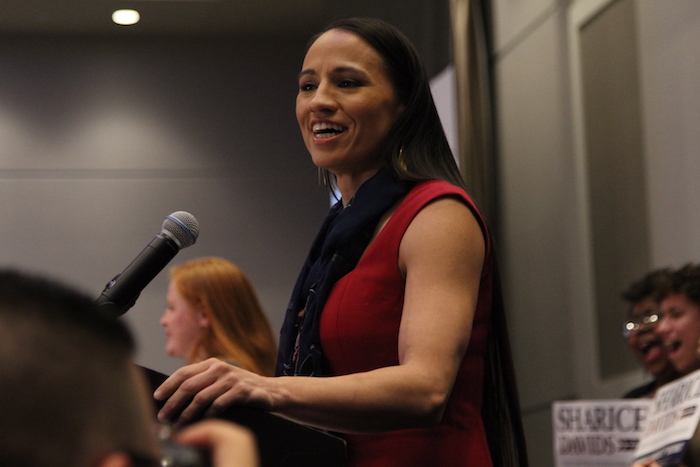 Rep. Davids praises bipartisan steps to rebuild nation’s aging infrastructure. In a statement released on Tuesday, Congresswoman Sharice Davids said she was pleased that President Donald Trump and Democratic leaders had productive conversations about rebuilding the nation’s infrastructure; they also agreed on a number for an infrastructure package. “This is an important, bipartisan step toward fixing our crumbling roads, bridges and airports, which will create millions of good-paying jobs and help protect the future of our planet,” said Davids, a member of the House Transportation and Infrastructure Committee who was a White House Fellow in the Department of Transportation before being elected to Congress.

Gov. Kelly nominates new appeals court judge amid lawsuit. KC-area attorney Gov. Laura Kelly on Tuesday nominated Kansas City-area attorney Sarah Warner to become a new judge on the Kansas Court of Appeals. Kelly faces a lawsuit over whether she has the authority to fill the vacancy after withdrawing her first nominee, Labette County District Judge Jeffry Jack, over his past political tweets. The Republican-controlled state Senate’s top leader said the chamber would not consider the nomination by the Democratic governor until the legal dispute over it is resolved by the state Supreme Court. Warner worked for Kansas Supreme Court Chief Justice Robert Davis for several years before joining a Lawrence law firm in 2009 and becoming a partner in 2014. [Kansas governor names new appeals court judge amid lawsuit — Associated Press]