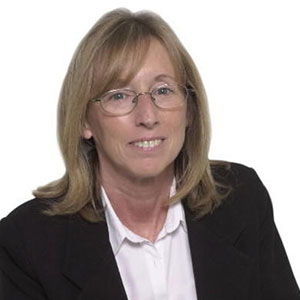 A Shawnee journalist’s exploration of the increasingly perilous realities of the depletion of the Ogallala Aquifer in western Kansas has earned national recognition from the Society of Professional Journalists.

Freelance investigative reporter Karen Dillon learned last week that her piece, “Running Out of Water, Running Out of Time,” which was published in the Kansas Leadership Center’s The Journal quarterly magazine had been selected for a Sigma Delta Chi award from SPJ. Just 77 honorees were chosen from approximately 1,200 entries, and Dillon was the only Kansas-based journalist to earn an honor.

Dillon characterized the honor as a victory for everyone involved in The Journal — and a rare example of a publication getting behind deep investigative reporting in the current media environment.

“Winning this national award is fantastic not just for me but for my team and The Journal,” Dillon said. “Because the media industry especially in Kansas is in such financial straits, the number of reporters in newsrooms across the state has been reduced dramatically, sometimes by 75 percent and more over the past decade. Long-term investigative type reporting takes a lot of resources, money and time. So we are seeing very few reporters with the ability to tackle these long-term investigative-type stories.”

She credits editor Chris Green with being willing to invest the time and resources needed to execute the piece. Over six parts, Dillon documents in great detail projections for the longevity of the aquifer, which provides crucial water for crop irrigation in western Kansas agriculture, efforts to reduce water usage in the area, and what policy steps leaders have considered — with varying success — to address the issue.

“[The] Ogallala story is such an important one for all of us in Kansas, I’m glad Chris Green and The Journal agreed to take it on and spend so much time digging for the truth,” she said. “This award recognizes the hard work that we put into this story and also makes a statement that small publications with few resources can do the big stories.”