AdventHealth Shawnee Mission this week is celebrating the opening of its brand-new facility, The B.E. Smith Family Center.

Amy Milroy, director of Britain Development, said staff will begin moving into the facility next week, and all of the children will be moved in by May 13.

“It has been a journey to design the space that is just right for all of our kids,” Milroy said. “It will be life changing for our kids and families. I’m blessed to see it come to fruition.” 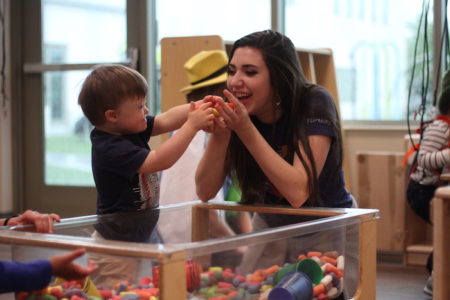 The new center features a variety of rooms, learning tools and therapeutic capabilities, all designed to foster an inclusive environment for children of all abilities: 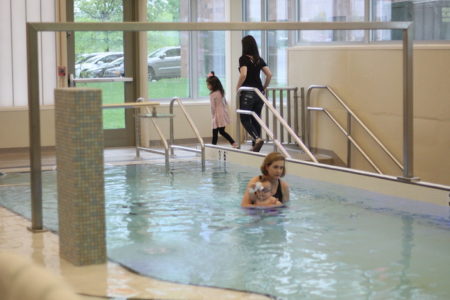 The B.E. Smith Family Center is the only building in the world to have 10 rooms featuring the Variety KC Compass Harness System, according to AdventHealth.

The Britain Development program had been housed in the Life Dynamics building since the early 1980s. Construction of the B.E. Smith Family Center began in March 2018 and took about a year to complete.

Britain Development provides therapeutic treatment and early education with a family-involved approach to children from birth to age 6 with a variety of physical, intellectual and developmental challenges, 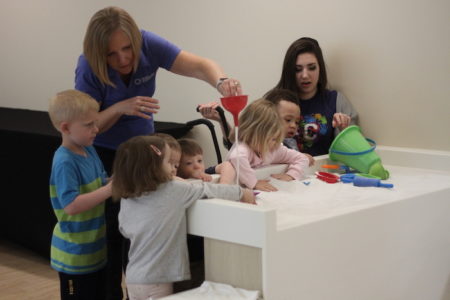 including Down syndrome, autism spectrum disorders, muscular dystrophy, cerebral palsy and spina bifida. Milroy said the program serves about 230 children, up from the five to 10 children it served when Lee Ann Britain started the program in 1972.

Early Learning provides faith-based child care and education to children of the physicians and associates of AdventHealth Shawnee Mission, serving more than 600 children each year.

Construction of the center was made possible in large part by Doug and Nan Smith who made a lead fundraising donation that resulted in contributions of $20 million from more than 2,000 donors, including Gary and Stephanie Goscha, the Hall Family Foundation, the J.E. and L.E. Mabee Foundation, the Tom W. Olofson Family Foundation and the Sunderland Foundation. Plus, in-kind donations from contractors and construction companies working on the project totaled nearly $500,000.