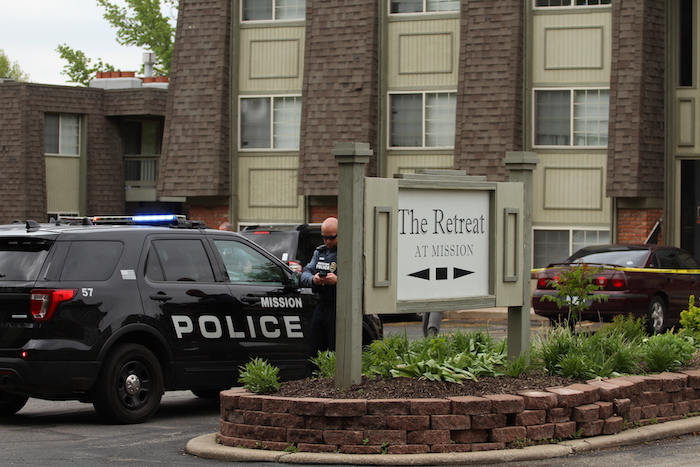 One man was detained and another was hospitalized after a shooting Monday afternoon at an apartment complex in north Mission.

Mission Police Captain Dan Madden said officers were dispatched at 2:11 p.m. to The Retreat at Mission in the 6200 block of West 51st Street. Officers were told that the two men had a dispute over property in which one man allegedly used a baseball bat to attack the other man, who then allegedly shot him.

The victim, who does not have an address at the complex, was transported to a nearby trauma center for treatment of non-life-threatening injuries. The shooting suspect, who may have an address at The Retreat, has been detained for questioning. Madden said the situation remains under investigation while they determine if the shooting suspect was acting in self defense or if he would be charged with aggravated assault.

“We’re just going to have to work through it; we have to look at all aspects of it to determine if it was something done in self defense or if it’s something that was avoidable, if reasonable steps were taken to avoid,” Madden said. “We only have 5 percent of the story right now.”

Madden said the situation was stabilized right away and no others were hurt in the shooting. However, the shooting allegedly took place with an infant present, which could lead to charges of endangering the welfare of a child and/or a second count of aggravated assault, Madden added. The baby, who is the child of the shooting suspect, is safe with a grandparent.