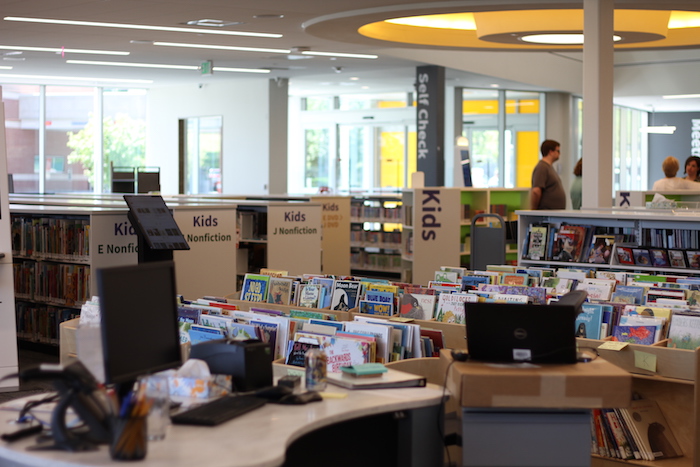 Area libraries team up to share catalogs with 1.1 million card-holders. Johnson County Library has teamed up with the Kansas City, Mid-Continent and Olathe public libraries to share their catalogs, making it easier for a combined 1.1 million card-holders to find the books and other materials they’re looking for. After two decades of talks, the four public libraries — which share a common catalog platform called BiblioCommons — have become the first libraries to offer cross-catalog searching, according to the Kansas City Public Library. When card-holders search online for an item in one library system, they will automatically search the collections of the other three. Each library system will continue to maintain its own borrowing policies, so libraries recommend patrons get a library card from each of the four systems.

Lenexa man arrested in police-involved shooting in Russell. A Lenexa man is in custody after a Russell police officer was shot Thursday night at the Days Inn. The officer was shot in the leg but is expected to recover, according to a press release from the Kansas Bureau of Investigation. Charges are pending against Taylor Malcom, 29. Russell police were responding to a possible suicidal subject Thursday evening at the Days Inn, according to the KBI. While officers conducted a welfare check, about four shots were fired from inside the hotel room. The officers did not return fire, and dispatchers convinced Malcom to surrender after about 10 minutes. [Lenexa man in custody in Russell shooting — Pratt Tribune]

Shawnee police collecting supplies for Sunflower House, MOCSA. The Shawnee Police Department is collecting items to donate to Sunflower House and MOCSA. The collections are part of the department’s efforts to raise awareness during the month of April for Child Abuse Awareness Month and Sexual Assault Awareness Month. Donation bins are located in the Shawnee Police Department lobby at 5850 Renner Road and also in the lobby of Shawnee City Hall, 11110 Johnson Drive. The police department also hosted a supplies drive last weekend, collecting $850 in cash and $50 in gift cards, plus several donated items. Here are some of the items they are collecting:

Sporting KC’s Tyler Freeman named to USA Under-17 roster. Sporting Kansas City forward Tyler Freeman, a 16-year-old from Shawnee, alongside midfielder Gianluca Busiowere were named to the United States U-17 Men’s National Team roster on Monday for the 2019 Concacaf U-17 Championship. The Championship takes place May 1-16 at IMG Academy in Bradenton, Florida. Freeman and Busiowere are two of 20 players on head coach Raphael Wicky’s roster for the tournament, in which 20 nations will compete for the continental crown. The U.S. U-17s were drawn into Group F and will begin the tournament against Canada on Thursday, May 2 at 5 p.m. CT.