A revised plan for the property at 97th and Metcalf that houses the vacant Sears building eliminates a movie theatre that was part of the original filing and calls for the Sears building to be repurposed instead of demolished.

Additionally, a previously planned strip of retail buildings along the southern edge of the site has been reconfigured so that portion of the site would have a gas station and an 18,000 square foot building labeled “Retail/Market” on the new site plan.

Here’s a look at the original plan layout: 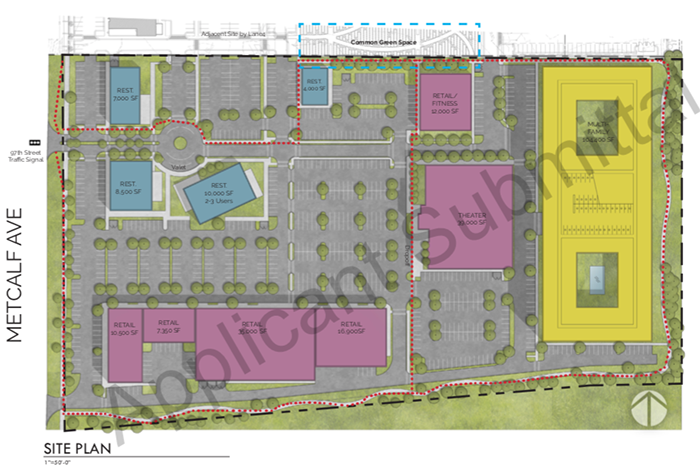 And here’s the updated plan filed with the city April 11: 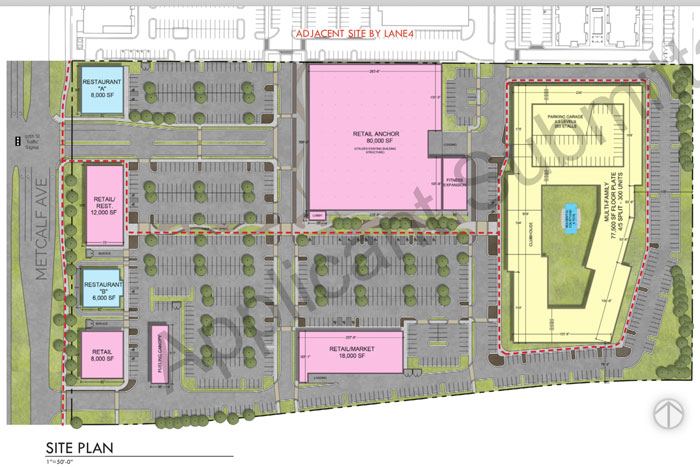 The plan is currently scheduled to go before the Overland Park planning commission for consideration May 13 — but Seritage’s rezoning application has been continued four times since December. The original plan had raised concerns among city staff due to the height of the multi-family housing structure on the east edge of the property, which abuts single family housing.