Molly Koenigsdorf grew up on 68th Street in Prairie Village, so she always had an appreciation for the history of the old Thomas Nall farmhouse on the block.

When she was growing up, the house was occupied by the lively Boresow family, which raised 14 kids on the property. But the Boresows had moved out in 1996, and when the subsequent owner was ready to sell the property a couple years ago, Koenigsdorf and her husband Scott, who run Koenig Building + Restoration, were eager to buy it.

The original farmhouse, built by Thomas Nall back in 1890, had fallen into a state of disrepair that made it unsalvageable for restoration. So the Koenigsdorfs set about designing a new home for the site that would pay close homage to the original. And after months of construction, the new property is ready to make its debut.

Koenig will hold a public open house at the home this Saturday, April 20 from 1 to 4 p.m.

The new house has a host of details that harken back to the original structure’s farmhouse roots, from rustic floorboards to doorways and hardware that mimic the style of the Nall house.

But the open house will also feature displays highlighting the history of the original structure and some of the artifacts construction crews discovered during the building process: 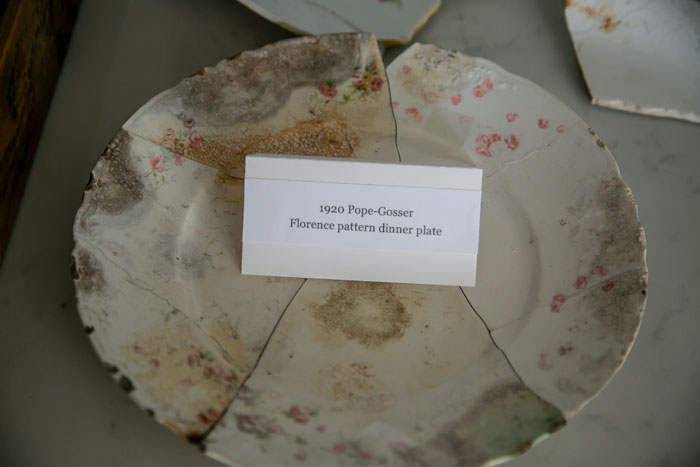 Molly and her mother spent time compiling a detailed history of the Nall family and their foundational presence in northeast Johnson County, and have a poster on display in the new home’s kitchen: 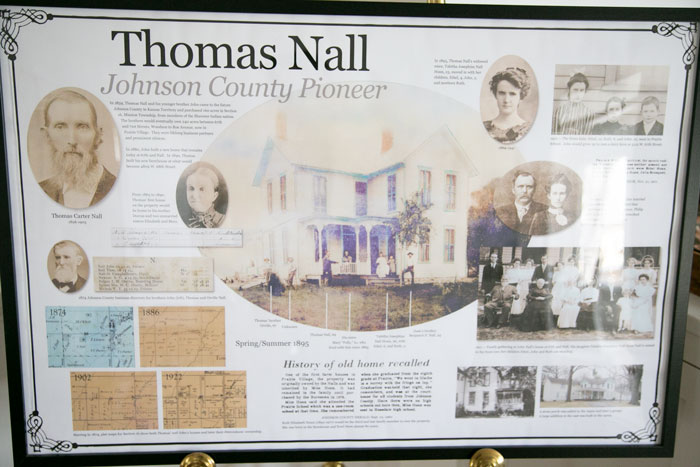 “It has truly been a joy to research and build/design this home that I’ve stared at my whole life. I want everyone I talk to to know about it, its history, as well as the history of this neighborhood,” Koenigsdorf said.