As part of her mission to improve interfaith connections after her father and son were murdered in a hate crime, Mindy Corporon invited the public to meet two reformed white supremacists, Christian Picciolini and Shannon Martinez, as part of this year’s SevenDays events.

Picciolini and Martinez told the audience of more than 800 people at the United Methodist Church of the Resurrection on Thursday that they had been looking for power and a sense of belonging by joining the hate groups. Now they’re spreading messages of love, forgiveness and understanding.

“Really, the reason that I invited them here is because after the murders, I wanted to know why,” Corporon said. “That’s what I’m searching for, and that’s what I’m finding out.

The reformed white supremacists shared their stories on day three of GiveSevenDays, a weeklong series of events designed to grow interfaith connections and benefit the Faith Always Wins Foundation and the LaManno-Hastings Family Foundation.

Picciolini was a victim of bullying when he got into the movement at age 14. He found identity and community among skinheads who gave him a sense of purpose and belonging. He helped lead the movement and was listed as the top neo-Nazi running the biggest skinhead organization in Illinois.

But after he got married and had his first child, he felt his priorities shift. Ever since, he has been “working to dismantle” the organization he helped grow.

Since leaving the movement, Picciolini frequently receives death threats. He is now a public speaker, author of “White American Youth: My Descent into America’s Most Violent Hate Movement — and How I Got Out,” and co-founder of Life After Hate, a nonprofit peace advocacy organization.

“This is what I believe in, in repairing humanity,” he said.

“Lonely, disempowered, searching.” She used these words to describe how she felt at age 14, a year before she joined the white supremacist movement. Martinez said she grew up in a dysfunctional, conflict-filled household.

She searched for meaning and identity in punk rock culture. Two weeks before her 15th birthday, she wound up at a party where she started drinking and was later raped by two men. Within six months, she was consumed with rage, self-loathing and worthlessness.

Then she found the skinheads.

What she found was a violent yet “hyper-traditional” group that objectified and degraded her as a woman and made her feel worthless. Then, her friend’s mother took her in, showed her love and helped her find healing and forgiveness. 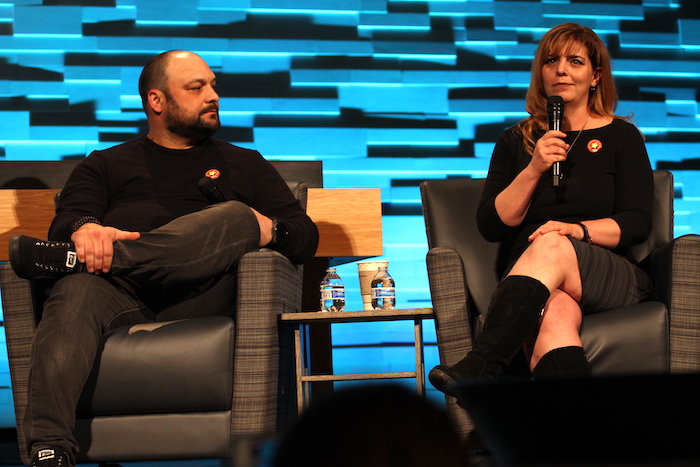 Question: How do you best approach people who believe their way is the truth and get them to hear you and be open to listen?

Picciolini: “See the child and not the monster. It doesn’t matter if that child is 16 or 60. I listen not for the ideological words. I filter those out and pay attention to what the real motivation is, and then I address that.”

Martinez: “Listen for the story behind the stories. I try to be authentic and vulnerable with my own struggles, my own work that I have to do in terms of healing, my own brokenness, to share with them I’m willing to invest in you, to share my story with you and then listen to what they’re saying… listening for the things that got them to where they are.”

Question: What do you think the media, FBI, the government or an average person like me can do to dismantle the white supremacy movement?

Picciolini: “Make good happen. We have to embody the change that we want in this world. We have to find a way to muster compassion for the people that we think are the most undeserving of it. In all honesty, that’s the only thing I’ve seen break hate.”

Martinez: “If we are serious about dismantling white supremacy, we are going to have to have some incredibly difficult, soul-searching conversations and we have to acknowledge that white supremacy is an inherent part of the history of our country. We can’t get to a part of the apology where we are making meaningful amends if we do not first acknowledge the harm that we have done.”

Martinez: “I continue on a journey of self-compassion. I’ve forgiven myself, which is not to say that I also don’t feel the responsibility to live a life of making amends. My parents and I have a workable relationship.”

Picciolini: “I’ve reconnected with my family. My family never gave up on me. My children were a catalyst for me and gave me every reason to live. I didn’t know I could forgive myself until the black man that I tormented throughout high school, the security guard, he encouraged me to do that and he forgave me. He encouraged me to tell my story 20 years ago and I haven’t stopped doing that since.” 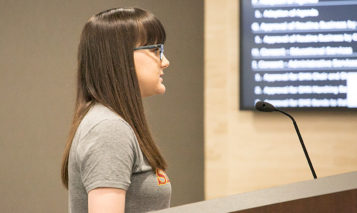 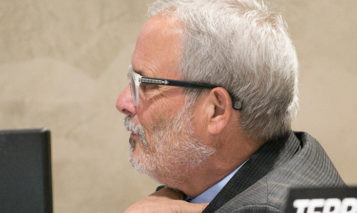