Each legislative session, we provide the Shawnee Mission area’s elected officials with the chance to share their thoughts about what’s happening in the state capitol. We’re kicking off this year’s Capitol Update columns a week ahead of the start of the legislative session. Rep. Stephanie Clayton, Rep. Jarrod Ousley and Sen. Barbara Bollier are scheduled to send updates this week. Here’s Rep. Ousley’s filing:

When we convened this legislative session, focus was on implementing positive policy changes in three main arenas: (1) school finance; (2) Medicaid expansion; and (3) child welfare reform based on the Foster Care Oversight Taskforce. If this session was a game called “Who Can Do the Most Good?” the House and the Senate are for the most part tied at this point, with the Senate in the position to take the lead on points, as much as I hate to admit that as a House member.

This was, absolutely, the right thing to do. Kansas is one of only fourteen states to have not yet passed expansion, at least four Kansas hospitals in rural communities have shut down, and Kansas has higher rates of working uninsured than states who have implemented expansion.

Medicaid expansion was also one of the top recommendations to come out of the Foster Care Oversight Taskforce, as increased access to healthcare helps alleviate stressors on families and helps with family preservation. Point 1, Kansas House.

The Foster Care Oversight Taskforce also fully supported House Bill 2103, Kansas’s bid to participate in the Federal Family First Prevention Services Act (FFPSA). Participation in this program would allow our state to draw down federal funding at a 50-50 match, for use in prevention services including, mental health treatment, substance abuse treatment, and parental training, in order to keep families together. Advocates argued for Governor Kelly’s budget to include spending $23 million on this effort, and her actual budget included a proposal for spending $9 million. With the matching funding from the federal government, vulnerable families in Kansas would have access to $18 million in preventative treatment dollars that would work to keep families together and slow down the increased use of the overburdened foster care system. This bill has passed both the House and the Senate, but the Senate made a change to the bill, and it now heads to conference committee. I anticipate this bill will be signed by the Governor, and this will be of huge benefit to vulnerable families in our state. Point 2, Kansas House. Point 1, Kansas Senate.

This leaves us with school finance. The Kansas House basically ignored the Court’s instructions to include inflation spending in the finance formula, and instead passed out of the House Education Committee a policy bill that was full of policy that would not benefit Kansas public schools. All of the Johnson County school districts opposed the Kansas House’s education bills for not providing sufficient funding, or for redirecting funds to private schools. Instead, the Johnson County school districts all supported the Senate’s work, praising Senate Bill 142, which built on the previous legislature’s work that was approved by the court, and inserted the inflation dollars that would make the bill constitutional. The House receives no points for this work and remains at Point 2, Kansas House, while the Senate picks up a point, and is now Point 2, Kansas Senate.

Education Finance will now be worked in conference committee, where members of both the House and Senate will negotiate the final outcome.

It is no secret that in legislative circles, we like to joke that the Senate is the more dysfunctional body. But this legislative session isn’t over, and the Kansas Senate has the chance to pick up one more point before we’re done, securing a victory as the more productive, and therefore less dysfunctional chamber. All the Senate would have to do to secure this title, is pass Medicaid Expansion. Right now, their Medicaid Expansion bill sits in committee. To move this bill from committee, only 24 senators would need to vote to pull it from committee, making it eligible for a vote on the Senate floor. Expansion advocates are encouraging every Kansan to contact their Senators to demand they pull the bill from committee for a vote.

If the Senate does this, the final score will be 2-3, with the Senate overtaking the House, and every Kansan winning.

In related news, K-State students brought an impressive piece of activism to the Statehouse this week, advocating for legislative leadership to allow votes on Medicaid expansion, arguing that delaying the vote was costing Kansan lives (it is). 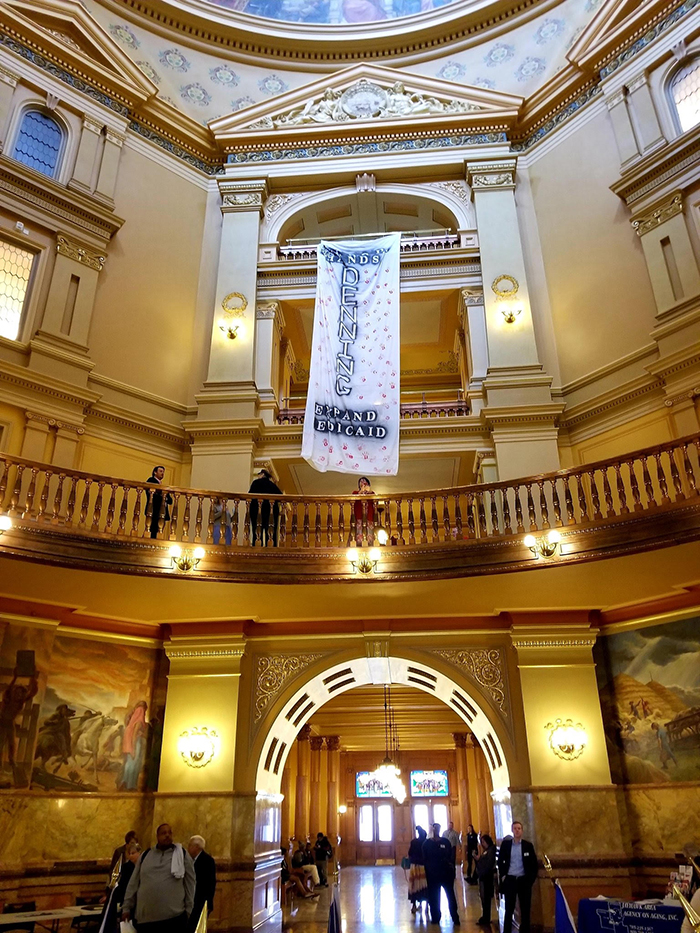 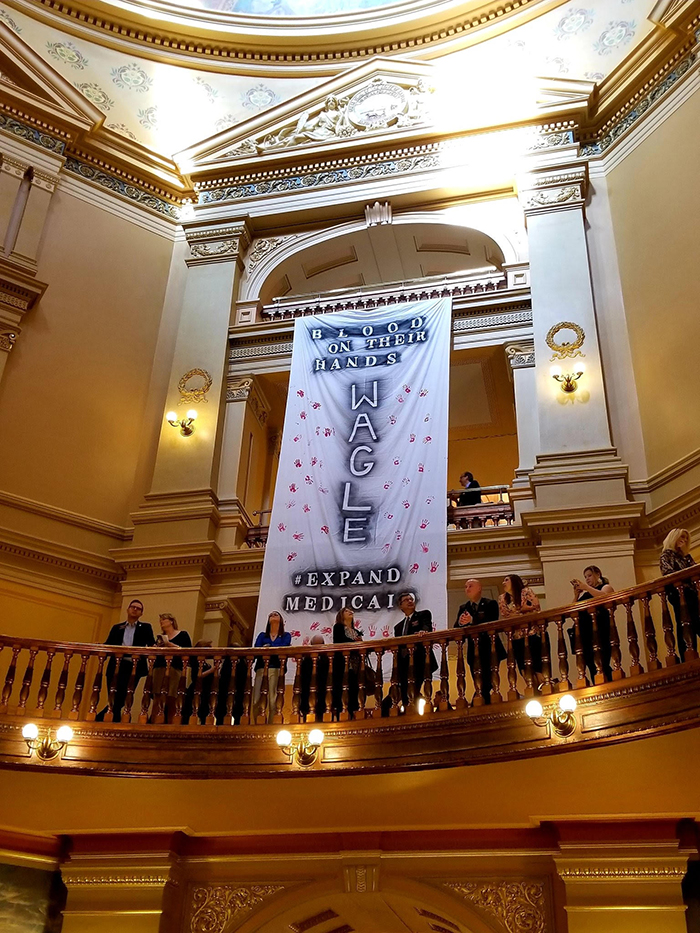 As always, it is my privilege to serve my constituents in House District 24. I can be reached at jarrod.ousley@house.ks.gov at (785) 296-7366 and on Facebook.