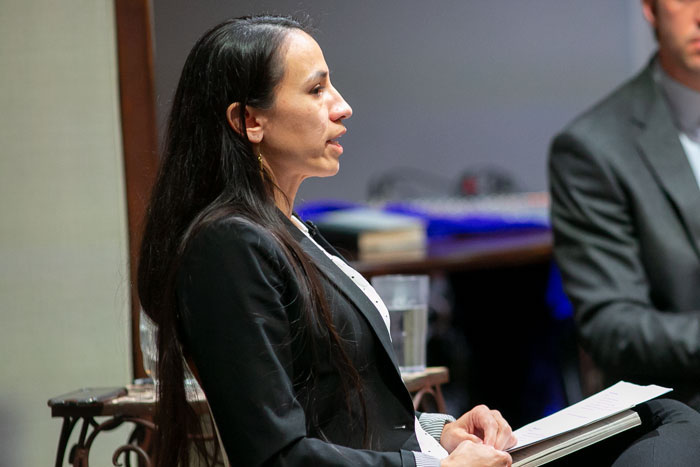 Rep. Sharice Davids supports bill to reduce healthcare costs, protect people with pre-existing conditions. Rep. Sharice Davids on Wednesday announced that she is co-sponsoring The Protecting Pre-Existing Conditions & Making Health Care More Affordable Act, a new healthcare bill she says would help lower health insurance premiums in Kansas and beyond and strengthen protections for people with pre-existing conditions. “Too many families in Kansas are struggling to get the healthcare they need or are faced with skyrocketing costs,” Davids wrote in a statement. On Monday, the Trump administration argued that courts should reject the entire Affordable Care Act, which would end protections for people with pre-existing conditions.

Three local graduates of Kansas State University to be honored with college’s Professional Progress Award. Three locals who graduated from the Kansas State University Carl R. Ice College of Engineering will be honored at ceremonies April 13 for their professional professional career accomplishment during the first 20 years after their graduation. Recipients of the college’s 2019 Professional Progress Award include: Ash Siebecker, chief technology officer of Ascend Learning in Leawood; Lenexa resident Kevin Lewis, who is now senior vice president and the sports and venue practice director for Henderson Engineers; and Shawnee resident Joe Quint, emerging platforms executive for Cerner Technology Services.

Mission conducts public hearing for CID project to fix parking lot subsidence at Roeland Court Townhomes. Mission conducted a public hearing on March 20 for the creation of a community improvement district to make repairs to a parking lot subsidence behind Roeland Court Townhomes. So far, 13 of 20 homeowners have signed the petition to expand the project, which has now created a maximum annual assessment of $911 per housing unit over the next 22 years. The city of Mission has been working on the issue since a subsidence of the private parking lot behind the townhomes occurred in August 2017. Repairs to the parking lot will take place in conjunction with repairs to the Rock Creek Channel to the immediate north of the townhomes. The council will consider the item at its April 3 finance and administration committee meeting.