The three-part proposal will add permanent restrooms, art sculptures, additional greenspace, and shade structures to the park—including a pavilion that can house 36 to 48 people. The plan also includes modifications to Juniper Street, sewer/storm drainage work, and surfacing paths so they are accessible for all.

Here’s a look at the site plan: 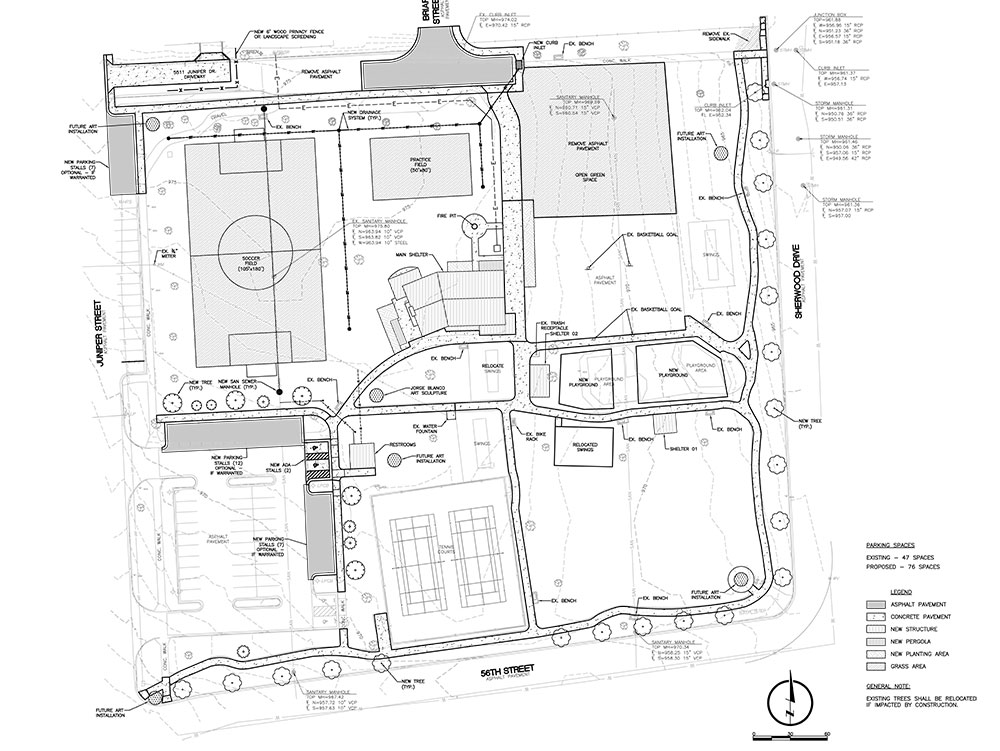 Roeland Park has broken down the improvements by phases so the city can pay for work without borrowing money.

Monday’s council meeting was packed with residents supporting the phased plan. About a dozen residents spoke in favor of the park upgrades during the citizen comment portion of the meeting.

While no residents spoke in opposition of the R Park upgrades during Monday’s meeting councilmember Tom Madigan said he had heard concerns from residents about the visibility of the permanent restrooms.

One resident in particular, Carol Hein, distributed a letter to neighbors last month outlining several issues she has with the R Park plans. Hein said that while she believed that all parks should be open to everyone, she was concerned about the increase in park patrons the pavilion could bring, given R Park’s small size and proximity to homes.

“The days of a quiet neighborhood park would be gone forever, we would have to look at a restroom building forever, and we would have more traffic forever,” Hein said in her letter.

Councilmember Michael Poppa and Mayor Mike Kelly noted the phased plan included adding sufficient landscaping to screen the restrooms and that the restroom doors would open toward the park, and not toward the street.

Councilmember Tim Janssen asked if there were any concerns with the basketball court’s close proximity to the planned pavilion, given the possibility of basketball games disrupting special events at the pavilion.

Parks committee chair Jennifer Provyn said the park’s activities were intentionally placed in a concentrated area so it’s easier for parents to keep an eye on kids.