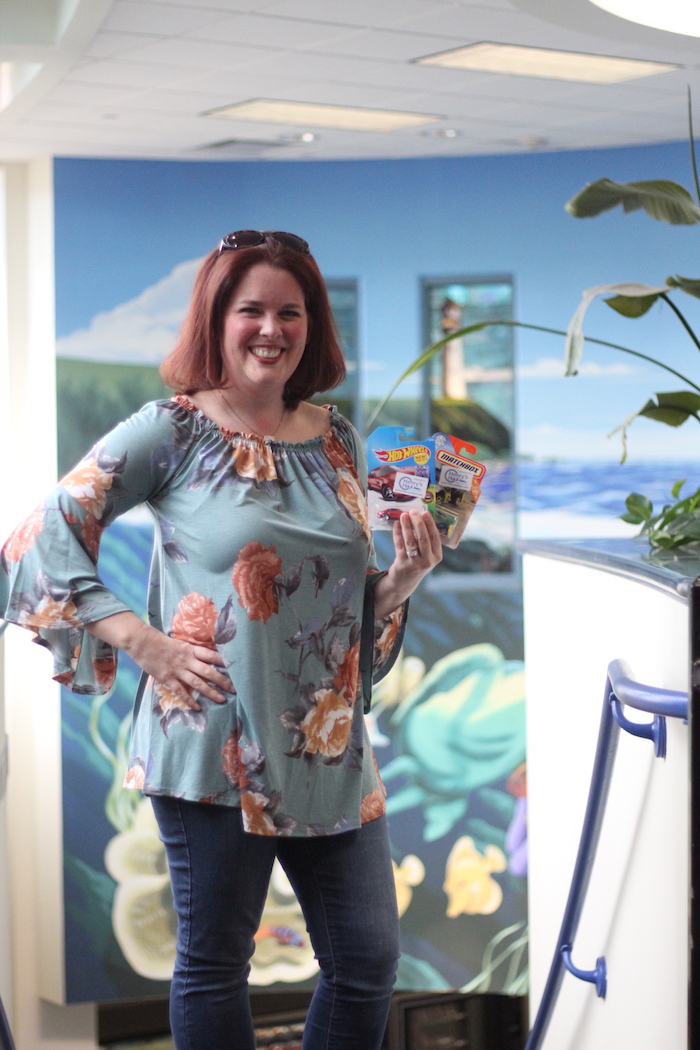 Kristi Lewczenko started Henry’s Haul, a toy car collection for sick and injured children at Children’s Mercy. She and her husband, Matt Lewczenko, first began collecting cars when Henry, a friend of the family, became sick with leukemia. A seamstress and business owner of The Kid Stitch, Lewczenko is also a stay-at-home mother, active volunteer with Lenexa Hills Elementary PTA and dance instructor at Miss Maria’s Acrobat & Dance Studio in Olathe. The Lewczenko family lives in Lenexa with their two daughters, Anya and Sophie.

We teach our girls that kindness matters. And this is such a simple way of giving back.

We have so many groups that come to us and say how impactful the collection was to them. I mean you would think that, you know, a lot of times folks collect and they just hand it over to whoever’s receiving it and that’s it. But the kids especially who collect for us, a lot of them are pulling a dollar or two out of their own piggy banks or asking for mom and dad to do a chore so they can go and buy a toy to donate to Children’s Mercy.

One of the most rewarding moments is when we get an email from a parent that says something like, we just came from Children’s Mercy for inpatient or an appointment and we received one of your cars and it saved the day. That right there is why we do it.

My husband, he was approached by this nurse that came up to him. It was this kid with a spinal injury, and he couldn’t do anything but lay flat and he was playing with our cars. That’s all he wanted to do.

When we first started, our intention was that these cars were for inpatient kids receiving treatment, ER visits, things like that. And it came to my attention that they were also being handed out to siblings. Again, right there is another reason why we do it. So many siblings are here at the hospital waiting for recovery, waiting for their siblings to go through treatment, and they need something as well to pass the time.

I did have a kiddo come up to me once and ask me if I’m the one who started Henry’s Haul, and I confirmed that I did, and he wanted to thank me and I said, well, for what? Well, he was in the hospital and it was a spinal fusion that he had done. He was in the hospital for a very lengthy stay and he played with our cars, and that’s how he learned about Henry’s Haul. So then, when his birthday came around, he decided that he wanted to collect Hot Wheel cars for his birthday presents instead of receiving gifts.

It’s just a perfect example of just a full-circle experience where you have a patient who’s receiving our cars and then in turn wants to give back the same way he received them. I think that was a pivotal moment.