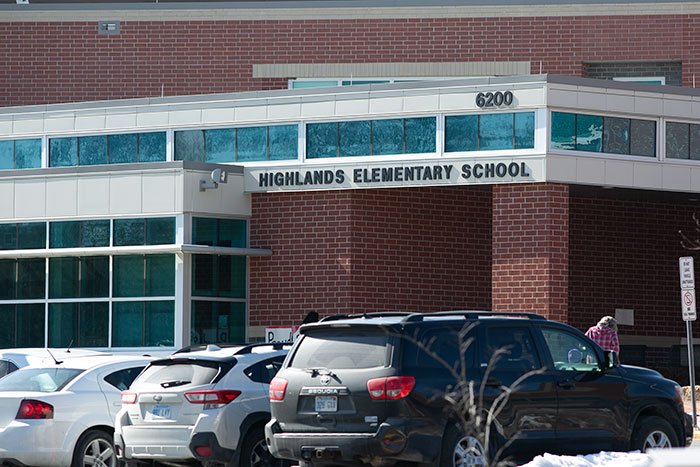 Dylan Ruffin, the man charged with multiple crimes related to the shooting incidents near Highlands Elementary earlier this month, remains in custody in the Johnson County Adult Detention Center. But if he posts $500,000 bond, he will be prohibited from going within 200 yards of the elementary school at Roe Avenue and 62nd Street.

Ruffin was arrested March 1 after pointing a gun at police. At the time of his arrest, Ruffin’s residence was listed as the house where the gunfire took place across the street from the elementary school. With the conditions set in court today, he would be unable to return to the home if he leaves jail.

School district officials had placed Highlands Elementary on lockdown after Highlands staff heard gunshots near the school around 1:20 p.m. that day. It was later found that a bullet hit a third-grade classroom window just moments after students had exited that room for recess.

There has been some speculation that, despite the high threshold of his bond, Ruffin may be able to post bond because he is the grandson of billionaire Phil Ruffin. KCTV reported after the shooting that it had confirmed the billionaire’s connection to Dylan Ruffin.

Ruffin has not been arraigned yet, so his attorneys have not yet entered a plea related to his charges of aggravated assault against law enforcement officers. His next court appearance, a scheduling conference, is set for 10:45 a.m. April 10 in Division 19 at the Johnson County Courthouse.