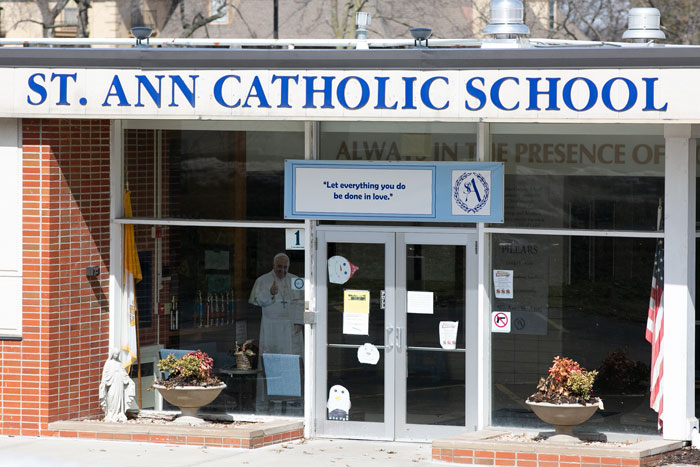 St. Ann’s denial of admission to the child of a same-sex couple makes national headlines. The controversy over the decision to deny admission of the child of a same-sex couple to Saint Ann Catholic School has attracted national attention. The issue was featured in the Sunday edition of the New York Times and by NBC News. The parish school’s decision sparked protest from hundreds of members, who have started a petition with more than 1,200 signatures. In a Feb. 27 letter to parishioners, Father Craig J. Maxim said that he had sought the advice of the Archdiocese of Kansas City in Kansas after the couple tried to enroll their child in kindergarten at St. Ann.

Washington Post columnist pays nod to Rev. Adam Hamilton and ‘welcoming culture’ at Church of the Resurrection toward LGBTQ community. A Washington Post columnist on Friday applauded Rev. Adam Hamilton and the Church of the Resurrection for the Leawood church’s welcoming culture toward all believers regardless of their sexual orientation. In the column, David Von Drehle, who lives in the Shawnee Mission area, wrote how he “encountered” humility when he visited the church and heard Hamilton remind the congregation to “show a welcoming face of Christianity.” The columnist also paid a nod to the parishioners who recently petitioned St. Ann Catholic School to allow admit the child of a same-sex couple to attend kindergarten there.