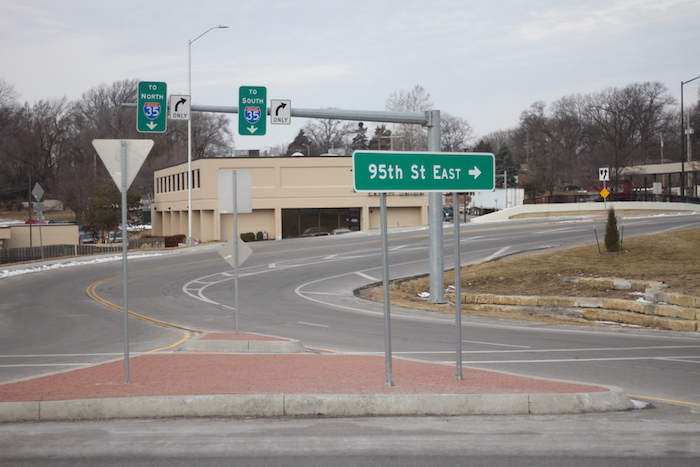 Lenexa is taking the final steps to improve the interchange at I-35 and 95th Street.

The Lenexa council on Tuesday voted 7-0 to approve Phase II of the city-funded project, which involves landscaping of the areas between the entrance/exit ramps and I-35. Councilmember Steve Lemons was absent.

All work is outside the traveled way, so city staff expects no delays for motorists.

Phase II, which awaits final approval from the Kansas Department of Transportation, is scheduled for 2019. The project was removed from the state’s Gateway project to be completed later by the city, according to a city memo.

“KDOT recently adopted a policy regarding landscaping inside their access control limits, and the city is currently amending our plans to adhere to this new policy,” said City Engineer Tim Green. “With KDOT approval, the city would like to begin installation late this spring.”

Green said cost estimates for Phase II are not yet complete because it is currently under design. Phase I, which cost $433,000 and consisted of landscape improvements and installation of trees, plants and hardscape outside of the KDOT interchange ramps, is complete. Lenexa budgeted $1 million for the project out of its capital improvement fund.

There was no council discussion because the item was on the consent agenda.