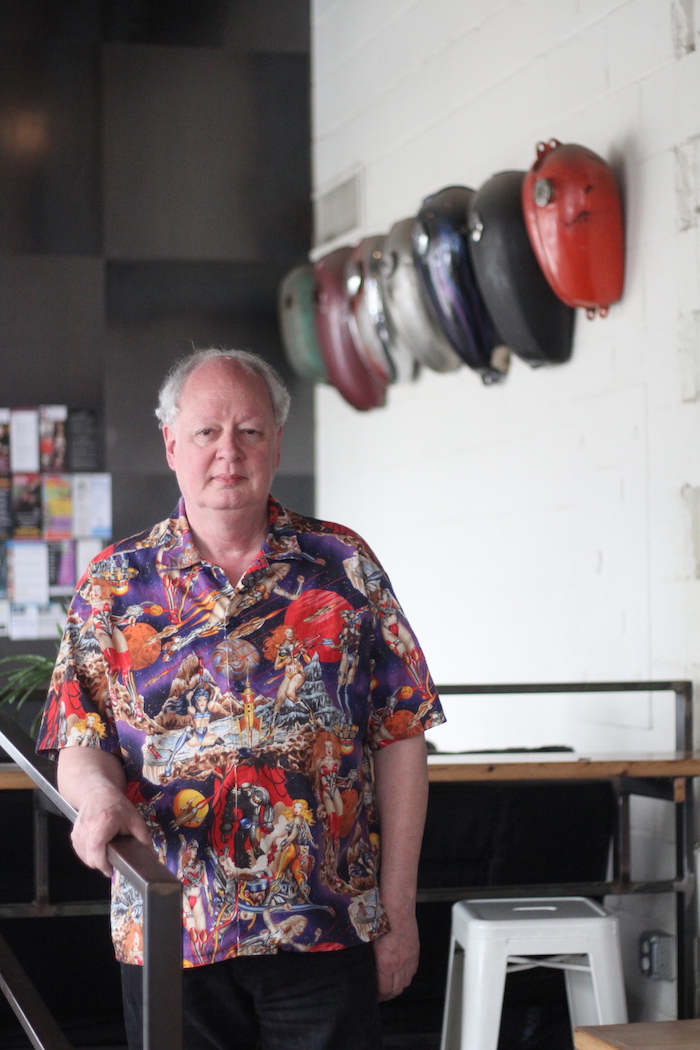 Mission resident Tom Meserole spent more than two decades working in computers and telecommunications at well known Kansas City companies United Computing Systems and Sprint. He developed software that runs in the Large Hadron Collider, the world’s most powerful particle accelerator, in Switzerland. His career and love for science fiction and travel has taken him to all 50 U.S. states and to 17 countries around the world. Now, he enjoys a retired life with his wife, Roberta Meserole. He first dabbled in computers in 1968 at Shawnee Mission North, then went on to study computer science at the University of Kansas, where our story begins.

As a junior in college, I needed some extra money, so I went and found a programming job with the chemistry physics department. They got a National Science Foundation grant, and I got hired at minimum wage.

To jump 10 years forward, I find out that the National Science Foundation grant was one of three of the founding grants for this technology today called the internet.

So I got to help write the internet for minimum wage.

The National Science Foundation gave out three grants; I don’t know where all of them went to, but one of them went to KU, who was looking for a way to connect their many computers controlling experiments.

Like, they had a high-temperature physics lab that was sitting there with liquid nitrogen and liquid helium and playing with things that were cold. And they’d gather all that data as they’re doing the experiment, and then they’d ship it to our central network computer where we could print it, manipulate and so on.

They had expensive computers — disk drives cost $20,000 and printers were $10,000. And they had said is there some way we could share these peripherals? So by putting in this central computer, they could have disks and a printer to share across 10 other computers, and then from there, we could ship it to the mainframe so they could crunch the data and play with it some more.

It’s just levels of networking. I mean, today, you connect through something and you don’t know how many networks — computers — you go through.

It was leading edge stuff in the ‘70s. But today, you look back and it’s basic, take-it-for-granted trivial stuff that nobody worries about because it works.