Annual notices of valuation will be hitting the mailboxes of Johnson County homeowners starting this week — and the Appraiser’s Office is warning that several Shawnee Mission area neighborhoods will again see significant hikes.

“Although we’re still seeing strong values in the northeast, we are not seeing the frenzied pace that we experienced last year,” said Johnson County Appraiser Paul Welcome in a release accompanying this year’s Revaluation Report. “The market has cooled, but we are still very much in a seller’s market.”

While the official notices of appraised value are going out in the mail, homeowners can also use a new online tool to look up this year’s valuation and historical data on their properties.

Officials said the highest increases in appraised value from 2018 to 2019 are concentrated in the Shawnee Mission area. Among the areas to see the largest increases this year are:

Additionally, parts of Leawood south of I-435 and the original town of Olathe saw significant increases this year.

Double digit increases for thousands of homeowners in northeast Johnson County last year raised concerns about growing tax burden for fixed-income seniors, and frustrated many homeowners who said they weren’t prepared for such a sharp jump in property tax liability.

Those concerns may reemerge as 2019 valuation notices hit mailboxes in the coming days. 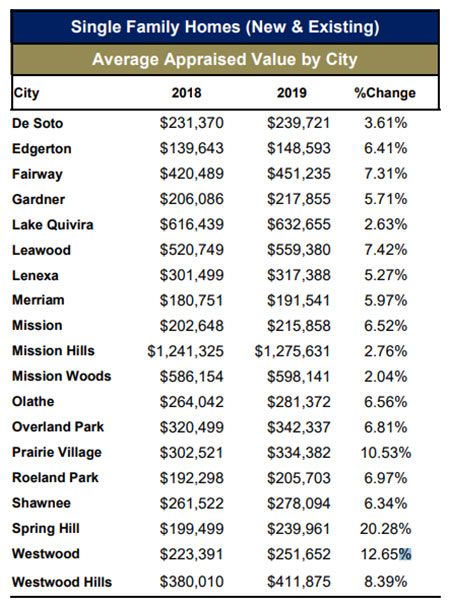 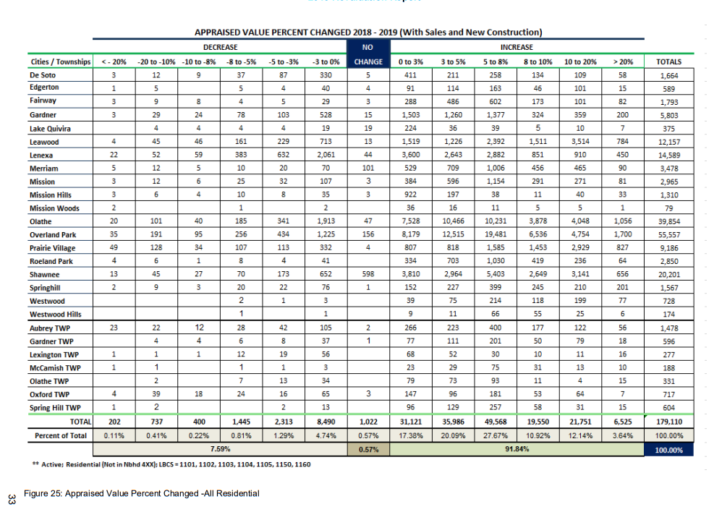 New this year, the county has launched a portal where homeowners can file an appeal of their appraised value online. Residential appeals must be filed by March 27.

Following last year’s large increases in valuation for many homeowners, the number of appeals cases the Appraiser’s Office received jumped significantly. It received 6,691 appeals cases last year compared to about 5,000 in 2017.

The Appraiser’s Office adjusted the original 2018 valuation it had given in about half the appeals cases it received last year.