Next Tuesday, Feb. 26, residents of Roeland Park’s Ward 1 will select a new representative on the city council in a special election. The election comes after Becky Fast’s resignation from the governing body in December in preparation for her move to the Johnson County Board of County Commissioners.

Two candidates, Courtney Craig and Jan Faidley, are running for the seat.

Earlier this month, based on input we got from readers in Roeland Park, we developed a five-item questionnaire on the biggest issues facing the city. Below are Craig’s and Faidley’s responses:

Future of the Roeland Park pool

The city is planning for the future of its aquatic center now that a partnership with the Johnson County Park and Recreation District has come to an end. What’s your preferred outcome for the future of the city’s pool? If you support upgrades to the pool, how would you propose to fund them? 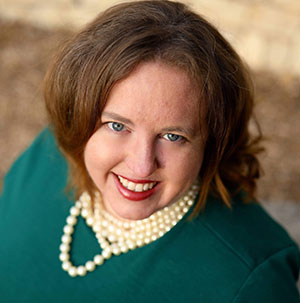 The Roeland Park Aquatic Center is a wonderful facility that serves not only our community but those that surround us. Some necessary repairs have already been completed and additional ones are slated. Following those repairs there are several options for improvements that were put forth. Every household in Roeland Park recently received the community survey and I encourage residents to respond. The survey was carefully designed for feedback on several items including this issue.

I want to see the aquatic center continue operation, and to do this I believe certain improvements will be necessary. I would like to see the responses of my neighbors to determine which of those recommended improvements are preferred.

The survey also asks the opinion of the community on funding. Personally, I would prefer the City explore issuing debt as opposed to using the mill levy funds. The 2019 mill levy reduction in Roeland Park eased some property tax strain seen by citizens and was greater than planned, but we also want to continue our excellent city services. To do that I believe we must explore alternate funding for any improvements. 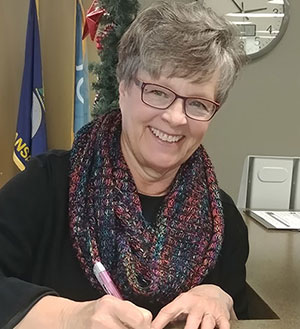 A community pool can provide a sense of place and identity for our city. Without the partnership of Johnson County, Roeland Park will be unable to assume costs for a year-round aquatic center. However, having a viable seasonal pool as an amenity is strongly supported by residents. I will personally support retaining the pool and completing needed maintenance and repair issues before the expiration of our joint agreement with the county.

The lack of amenities at Roeland Park’s pool reduces its marketability, user revenue, and attraction to families in the area. The city is continuing to lose potential revenue from users as the pool becomes more and more out-of-date in today’s summer season market. A thoughtful redesign to include ADA accessibility requirements and popular features such as slides, splash pads and a lazy river along with an updating of the pool house facilities could make this a prime destination for all ages. A redesign would also help address the high staffing needs now experienced at the pool, making it more economical to operate. Upgrading the pool is an investment for the future. I believe that revenue made available from the payoff of the city’s initial 20-year bond combined with grants could be used to fund the update.

A full discussion of cost, financing options and priorities should involve input from the community before any direction is taken. I hope to hear more from residents who utilize the pool and care about its future.

The Roe 2020 project will reconfigure one of the city’s key thoroughfares. What should the main priorities for the project be? Are you satisfied with the design plans for the project so far?

The Roe 2020 project should first and foremost contribute to a sense of Roeland Park’s identity. As a major north/south artery, Roe Boulevard needs to be made safer, more walkable/bikeable and provide a more accessible connector between the east and west sides of the city. The infrastructure needs of this busy thoroughfare are significant – streets, sidewalks, sewers, etc. In addition, Roe 2020 is a beautification project that seeks to define Roeland Park from surrounding cities with the addition of trees and landscaping, pedestrian buffer zones, new crosswalks and traffic calming features such as redesigned intersections and altered traffic flow patterns.

It is a hefty project – one which ideally will be completed between Spring 2020 and Fall 2020. Although it will impact businesses and residents during that time, I believe the final result will justify the short-term pain, benefiting Roeland Parkers for many years to come.
Initial plans are available at the city’s website. I look forward to weighing input from residents before Fall 2019 when final plans will be considered.

The main priorities of the project have been defined as beautification of the thoroughfare, improved walkability, the calming and slowing of traffic and to create a sense of identity. Roe Boulevard is the main interaction motorists have with our city. It provides a path for neighboring communities to access the Interstate. Roe 2020 will make great strides towards achieving the identity we want to as a city in Northeast Johnson County and not simply be regarded as a pass through community indiscernible from those around us.

In reviewing the current Roe 2020 project, I am particularly pleased by the increased safety to pedestrian traffic. The use of natural buffers to protect pedestrians from busy traffic and the plan to incorporate safer crossings between East and West Roeland Park are particularly important.

I believe the two biggest challenges we will face moving forward is to educate residents and protect local businesses. We will need to work hard to educate community members of both the inconveniences they will experience in the short-term and resulting benefits that will come post-construction. We must also work to ensure the negative impact to local businesses in the short-term are kept to a minimum.

Roeland Park is seeing a wave of teardown-rebuild home projects. Would you support new home guidelines or design restrictions like the ones that have been passed in Fairway and Prairie Village in recent years? Why or why not?

I watched as many of my friends in Prairie Village were negatively affected by the wave of teardown-rebuild home projects in the past decade. That is why, when the opportunity presented itself, I volunteered to serve on the Roeland Park Board of Zoning Appeals. While the majority of the variance requests we’ve seen in recent years have been limited to fences and minor setback changes the future requests for more variances is on the horizon. One thing I have been impressed by is the number of neighbors that have come forward in support of their neighbor’s request when brought before the board.

Neighbors talking with one another and keeping them informed is the first step in making any property modification a positive one. Roeland Park has a chance to get ahead of the issue by adopting some additional guidelines on rebuild projects and I would support exploring such guidelines as they are currently doing in the Roeland Park Planning Commission. I would encourage community members to attend these meetings and share their input. I also believe Roeland Park could explore not only building guidelines but examine our current noise ordinances and traffic remediation with respect to home construction as those can be sources of frustration for neighbors during such projects.

The handful of teardown-rebuild projects in Roeland Park may not constitute a wave, but it is a trend that should be addressed proactively by city government. Implementing guidelines which help to define how big a home may be relative to lot size, whether lots may be combined to build much larger homes, and an effort to retain the eclectic character of Roeland Park neighborhoods will be one of my priorities. These larger rebuilds must also be evaluated for their environmental impact and contribution to storm water runoff.

A recent study by the League of Women Voters of Johnson County has shown that 40 percent of renters and 17 percent of homeowners with a mortgage in our county are cost-burdened (paying over 30 percent of household income for housing/utilities). These percentages will likely increase as home appraisals soar. Housing affordability for all income levels should be a concern for those of us who care about our communities.

Roeland Park was the first city in northeast Johnson County to pass a non-discrimination ordinance. What are you views on Roeland Park’s NDO? Do you support keeping it on the books?

I am proud to tell friends and family that Roeland Park was the first city in Johnson County to pass a non-discrimination ordinance. It was not an easy process and there was significant opposition to its passage. However, the feared legal costs of passing an NDO have not materialized and other communities are now following our lead. The ordinance should be kept on the books and perhaps revisited with an eye towards bringing it more in line with those passed recently in surrounding cities. Until our state/federal government can guarantee the rights of all persons regardless of sexual orientation or gender identity, it falls to local government to step up. The NDO serves as a positive “calling card” for our city to promote Roeland Park as open and inclusive.

Roeland Park stepped in to create the non-discrimination ordinance when such protections were not provided at a State level. I am proud that our city took the initiative to ensure that these protections are provided to our community. I support this ordinance remaining in place so that everyone in our community is protected. I hope more cities in Johnson County and across Kansas follow suit.

Roeland Park has been exploring options for two potential commercial developments: the Rocks space on the former pool site and the vacant lot at Roe and Johnson Drive. What kinds of businesses should the city be looking to bring to these sites? Why?

I think when attracting businesses to Roeland Park, regardless of the location, we should seek out businesses that will contribute positively to our economy, invest in our community and demonstrate social responsibility. Given the location of Roeland Park, I would like to see businesses locate here that are underrepresented in bordering cities to encourage clientele from those same communities to come to Roeland Park. The addition of the St. Luke’s Community Hospital and Commerce Bank at Johnson Drive has been a positive impact in providing services and setting a tone at the gateway to our city and I would like to see that continue.

In talking with neighbors, what most frequently comes up on this topic is that Roeland Park lacks both a sit-down restaurant and a coffee shop. We also have a need for entertainment options, whether it be a sports bar, bowling alley, or skating rink. As our population ages, I would like to see a retirement housing option such as the Village Cooperatives (55+) which have recently opened in Lenexa and Shawnee. I also believe the city would benefit from apartment housing that is not considered Class A or luxury.

The new St. Luke’s community hospital could make the corner of Roe and Johnson Drive a prime location of medical office space that would benefit both Roeland Park and Mission (who also owns a small parcel of this land). The trend for people to seek medical care closer to where they live is growing. Providing affordable space for offices close to the new hospital facility would seem to be a natural fit.

That’s it! Thanks to both candidates for participating.

If you want to check whether you’re a Ward 1 resident, you can use the Johnson County Election Office’s voter lookup tool here.

Advance voting is available at the Election Office in Olathe through Monday. Find details on hours for advance voting here.

The polls for the special election will open at 7 a.m. Feb. 26 at the Roeland Park Community Center, 4850 Rosewood Dr. They will close at 7 p.m.