After less than three years of business in Shawnee, Nuts and Bolts is liquidating its inventory and making plans to close at Parkway Plaza. The company opened the location at 13229 Shawnee Mission Parkway in April 2016.

Store manager Chris Dinitto said the company is shuttering the location because it was underperforming. The store was scheduled in early February for a 12-week liquidation sale, putting a preliminary closing date toward the end of April. However, it could stay open longer, depending on how the sales perform. 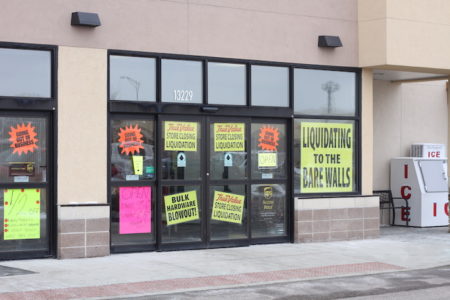 Nuts and Bolts distributes True Value products as well as inventory from other brands.

“We’re sort of repositioning ourselves at the time being,” Dinitto said. “We’re going to try and keep the sale going as long as we can. Twelve weeks is kind of the goal, but if it performs well, we’ll bring new stuff in here occasionally to push the sale forward a little bit.

“We’re using this as an opportunity to clear some dead inventory from our other stores as well — bring it in here, discount it and generate sales.”

During the liquidation process, products in store may be marked up to a 50 percent discount.

“At some point, we would consider possibly selling fixtures — racking for the product, peg boards, in-store materials we use for displays,” Dinitto added.

Most of the staff will relocate to the eight other Nuts and Bolts locations in the Kansas City metro area and Topeka.