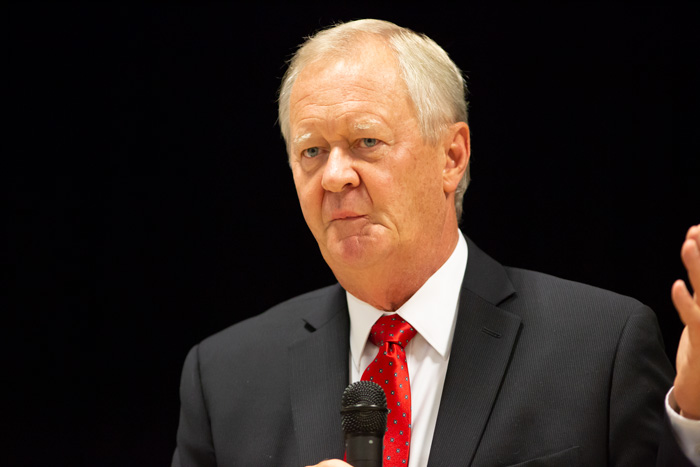 Each legislative session, we provide the Shawnee Mission area’s elected officials with the chance to share their thoughts about what’s happening in the state capitol. Rep. Cindy Holscher, Rep. Jan Kessinger and Sen. Jim Denning are scheduled to send updates this week. Here’s Rep. Kessinger’s filing:

Medical marijuana may be coming to Kansas. Two bi-partisan bills calling for legalization of medical marijuana have been submitted – one in the Senate and another in the House. I am one of the co-sponsors of House bill No. 2163, along with fellow Republican Rep. Jim Karleskint, from Tonganoxie; and Democrats Rep. Cindy Holscher, Olathe; and Rep. Eileen Horn, Lawrence. The Senate bill is essentially the same language.

The bill allows regulated marijuana to be prescribed by licensed physicians and sold through licensed and regulated dispensaries. The bill calls for establishment of the cannabis regulatory commission and taxation of cannabis.

The legislation comes in the shadow of 33 other states that have already approved medical marijuana. Oklahoma and Missouri are among those and in Colorado, marijuana has been legal for more than six years.

The process for passage in either chamber of the legislature is long and complicated. The first step would be to have committee hearings. The House bill was sent to the Committee on Health and Human Services February 6. Hearings have not yet been set. Should the bill be heard and worked and passes out of the committee, only then will it be considered by the full House.

Here are a few questions I hear, and answers:

Who would be eligible to buy medical cannabis? A resident of Kansas who has been diagnosed by a healthcare provider with a qualifying medical condition (listed in legislation). The patient would need to have a certificate issued by the healthcare provider.

What medical conditions have been shown to respond to medical cannabis? The National Academies of Sciences, Engineering and Medicine in 2017 said the “conclusive/substantial” efficacy of cannabis has been shown for chronic pain in adults; chemotherapy-induced nausea/vomiting; and patient-reported multiple sclerosis spasticity. There has also been moderate evidence of effectiveness of medical cannabis for relief of pain from fibromyalgia.

Anecdotal evidence for relief among several other diseases and conditions exists.

Would medical marijuana have any impact on the opioid epidemic? That is unknown. Marijuana may be prescribed instead of an opioid for pain relief, however, it is speculation to say it would play a major role in the reduction of opioid addiction.

What agency would regulate dispensaries? The State Board of Pharmacy would create rules and regulations in addition to issuing licenses.

What about growers/distributors? A Cannabis Regulatory Commission would be established.

Will medical marijuana be taxed? Yes, The legislation as it stands today would tax medical cannabis at $115 per pound to the grower. The dispensary tax would be $3 per ounce.

Keep an eye to see where this legislation goes – or doesn’t go. Missouri and Oklahoma allow medical marijuana and Colorado allows recreational use. Even conservative states Utah and Montana have passed legalization of medical marijuana. It’s time for Kansas to provide this medical option for those suffering in Kansas.