Winter Storm Gia may be a memory, but its impact on the Shawnee Mission area lingers.

Crews conducting curbside pick up of branches brought down under the weight of snow and ice from the storm are in the time-consuming process of making their way through local neighborhoods – but it will likely be more than a week before they’ve completed their rounds.

In Leawood, two clean up crews started the long clean up process Monday, first hitting the areas adjacent to I-435. The first crew will focus on the neighborhoods between I-435 and 95th Street before making their way toward the northern border at Somerset Drive.

In Prairie Village, curbside pick up began early last week, clearing the westernmost neighborhoods between 75th Street and 83rd Street first before moving to neighborhoods at the city’s south. Arbor Masters, the company contracted by the city to complete the pick up, has broken the city up into six sectors and will be working through them in order. So far, the crews have completed sector one and gotten most of the way through sector two. Here’s a map produced by the city Monday showing progress so far: 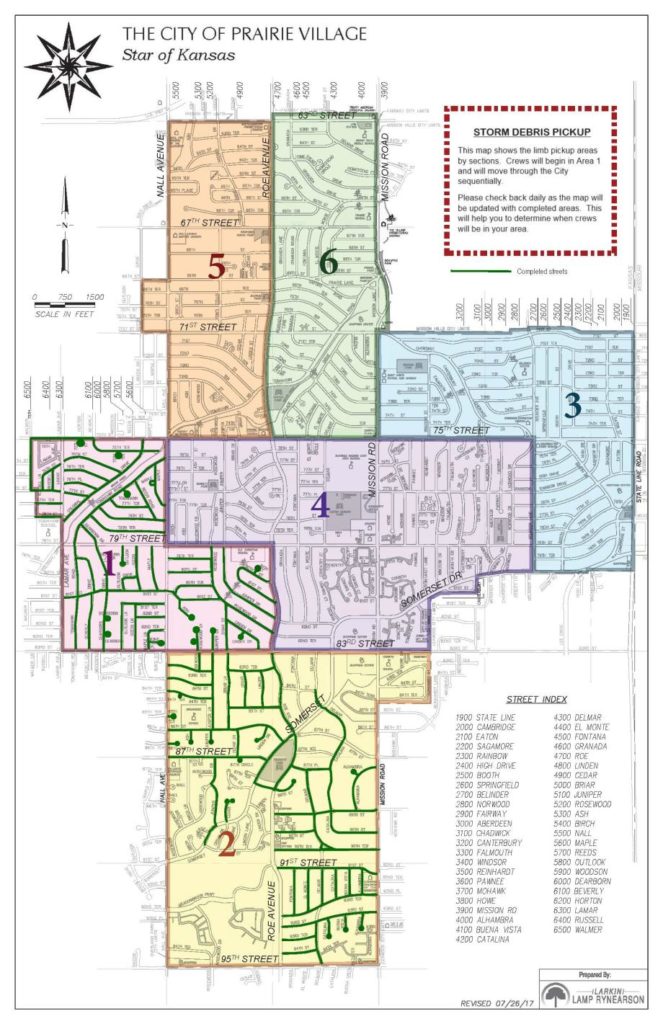 Similarly, in Roeland Park, crews have started on the western edge of the city, and had made their way through most of the first of five sectors as of Monday: 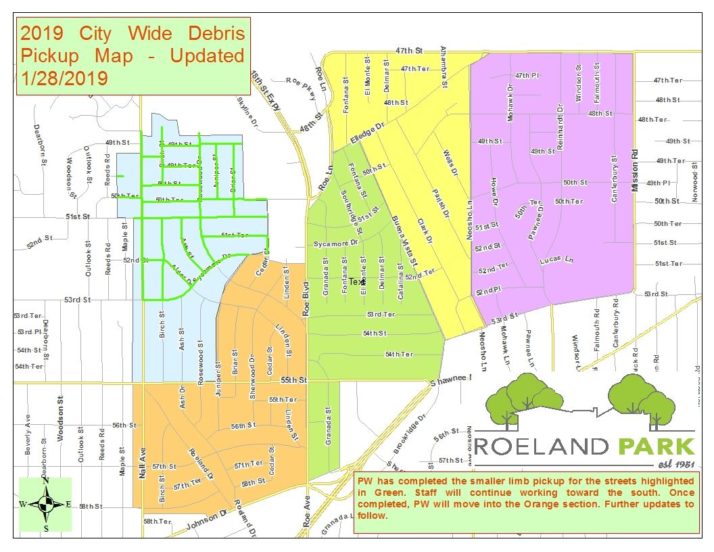 Limb collection is also underway in Mission, where the city encouraged residents on Monday to yield to the trucks with trailers as they made their passes:

The limb collection in Mission is underway. Two trucks with trailers are making their way through town. Please yield to them, and be cautious near their work. @shawmissionpost @KCTV5 @41actionnews @fox4kc @KCStar pic.twitter.com/gf6P7iKIxZ

Westwood was waiting until the “latter part of January or later” to begin its curbside pick up because the city has been keeping an eye on the forecasts to see when it will be safe to swap out the snow plowing and salt spreading equipment from public works trucks to outfit them for limb removal. The city has not announced its start date for the pick up yet.