Subscriber log in
Skip to content
A bill to expand access to Medicaid in Kansas passed the House and Senate last year only to be vetoed by then-Gov. Sam Brownback.

But even with a new governor who is a strong proponent of Medicaid expansion in office, the prospects of getting a bill signed into law this year are murky, Shawnee Mission-area legislators told constituents this weekend.

Medicaid expansion was among the top issues discussed at the League of Women Voters of Johnson County’s Legislative Coffee at Corinth Library in Prairie Village on Saturday.

Bollier, who was named ranking minority member of the Public Health and Welfare committee in the Senate this session after switching parties late last year, said Sen. Majority Leader Jim Denning of Overland Park has been steadfast in his opposition to expansion. Consequently, she doubts that a bill will make it through the standard committee process to the floor for debate. But, she said, Gov. Laura Kelly has made Medicaid expansion a big priority, and will likely be looking for ways to move it forward.

“How we get there, I don’t know, but I believe our governor will help us get there,” Bollier said.

Skubal said that he continued to support the idea of Medicaid expansion, and would vote for it “again this year if given the opportunity.”

He noted that opponents of Medicaid expansion often cite the prospect of the federal government cutting back reimbursements under the program. Skubal said that’s no justification for standing pat. He said Kansas can always opt out of the Medicaid expansion program if the federal government changes the reimbursement set up, requiring more funds from state budgets.

“If we don’t have the money to do it, we opt out of the program,” Skubal said.

Skubal also said expanding Medicaid was the right thing to do both financially and morally.

“If we have 150,000 Kansans that don’t have medical care, that’s wrong,” he said. “And it’s something we could do better at and we should be better at.”

Stogsdill noted that Johnson County hospitals would benefit from a bill, which would provide them with revenue for treatment they’re already giving to uninsured individuals without compensation.

“We need to be getting our money back — our federal dollars,” Stogsdill said.

HealthInsurance.org estimates that Kansas would forgo $7.3 billion in federal reimbursements over the next decade without Medicaid expansion.

You can see the full forum — which included discussions of K-12 funding, gun control, and rural vs. urban issues — on our Facebook page here. 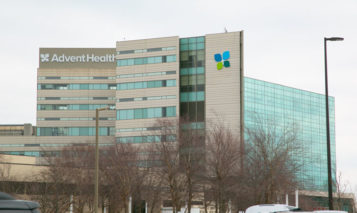