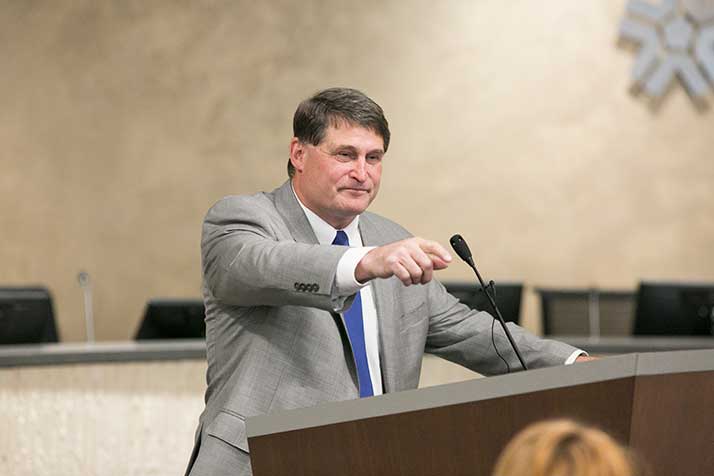 As the Shawnee Mission School District prepares to embark on a major strategic planning process to guide its work for the coming several years, Superintendent Mike Fulton has highlighted disparities in achievement among some student groups and challenged the district to better understand the causes.

At the board of education meeting last month, Fulton took time to comment on reports from central administration staff on graduation rates and academic achievement.

Dan Gruman, the district’s coordinator of assessment and research, presented an update on results from the NWEA MAP test, a tool the district uses to measure both students’ concept mastery as well as their academic growth from semester to semester.

Those figures show an achievement gap based on race and ethnicity, with Asian and white students in Shawnee Mission outperforming students of other ethnicities: 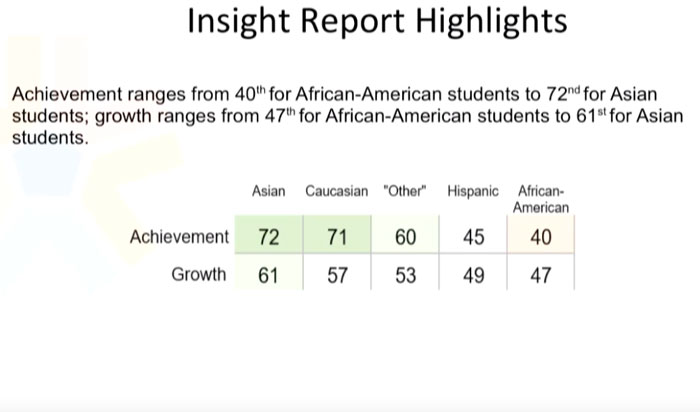 Fulton noted that while an achievement gap among ethnic groups is seen at the national level, Shawnee Mission educators should be looking hard at the issue and how to address it locally.

“Why are African American students consistently in the data we’ve looked at this fall performing at lower levels than Caucasian and Asian peers?” Fulton asked. “Now we know that’s a national phenomenon. But why is that occurring?”

He suggested that diversity and cultural competency training for staff across the district could be part of the strategy for narrowing the gap here.

“Do we have the tools we need to help all kids?” Fulton said. “That’s always a journey for all of us as educators.”

Gruman also presented statistics on the district’s graduation and drop out rate, which put it ahead of Kansas statewide trends. But, as Fulton noted, data from the most recent cohort of Shawnee Mission students found that 110 kids weren’t able to complete a high school degree.

Fulton said that the district should be working to find out what was behind each of those students’ lack of a degree.

“What were the variables under our control such that if we would have done things differently with that child at different points in time it may have made a difference in their life?” Fulton said.