The continuing development boom in southern Overland Park has prompted the shifting of city council boundaries to add more territory to the wards in the northern part of the city — a factor that will come into play in this fall’s city council elections.

Under the city’s charter ordinance, Overland Park is required to review and adjust its city council ward boundaries when the deviation in population among the six wards exceeds 10 percent.

Population counts from mid-2018 found that the Ward 6, which encompasses a large swath of land mostly south of 151st Street, had grown to more than 36,200 while the three northern-most wards had populations in the 31,000s.

Here’s a look at the previous ward boundaries and population estimates from July 2018: 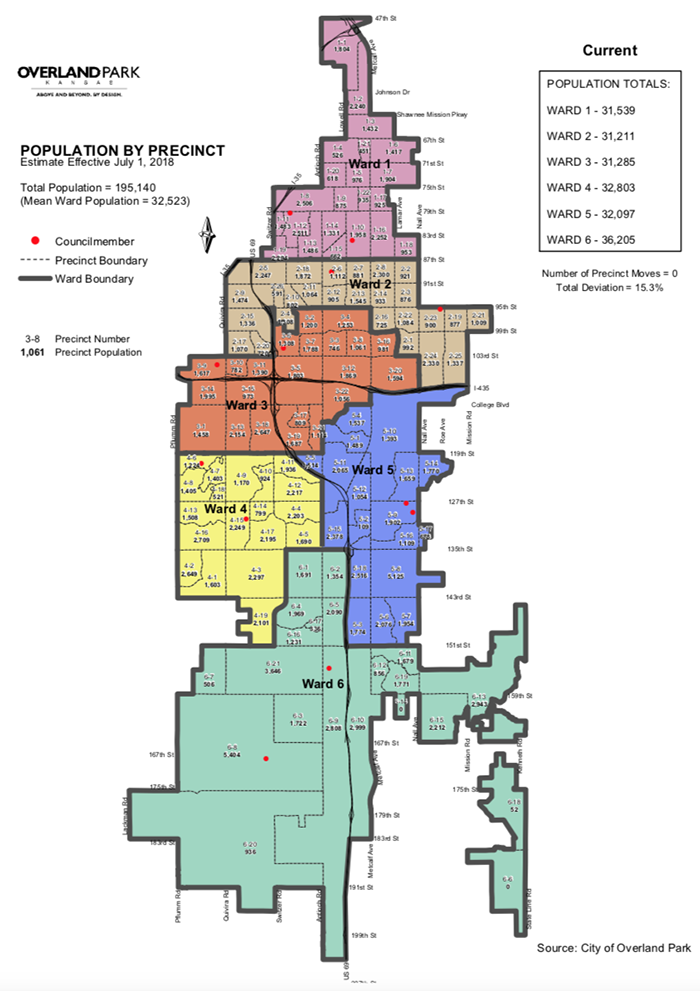 To better balance the populations of the wards, the city council in November approved a redistricting plan that shifted eight voting precincts from their 2018 boundaries into wards to their north. Here’s a look at the boundaries that went into effect Jan. 1: 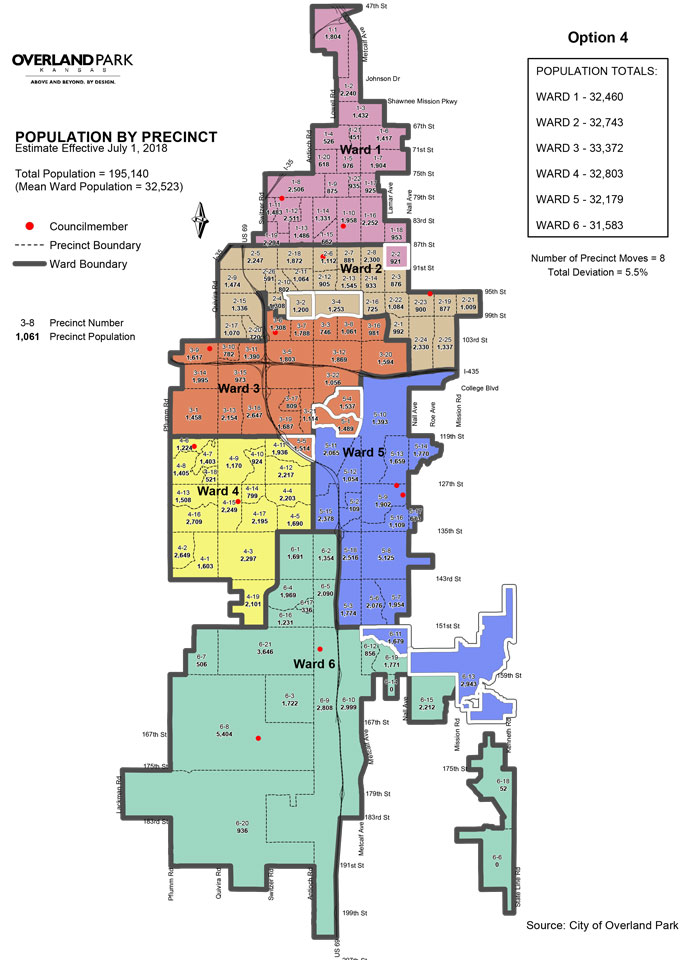 While most of the development planned in the city is south of I-435, the projects underway in downtown Overland Park are expected to give the northernmost ward in the city, Ward 1, a boost in population of about 600 people by 2020.

Six Overland Park City Council seats will be up for election this fall. The incumbents whose seats will be on the November ballot are: