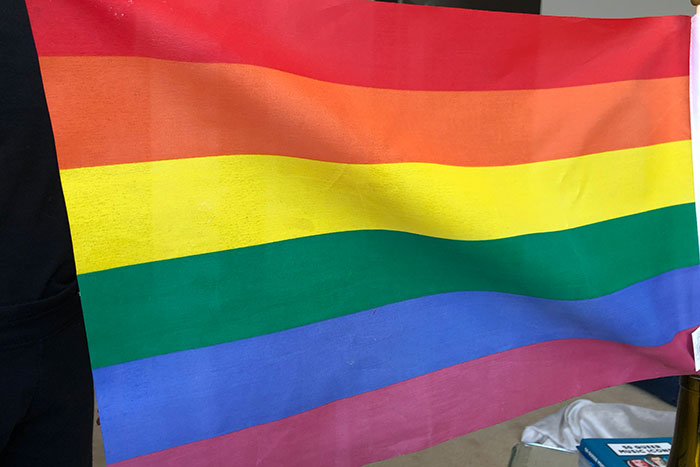 With Prairie Village and Mission’s passage of non-discrimination ordinances that provide legal protections for LGBTQ+ individuals last month, some local advocates are keeping a close eye on whether other Shawnee Mission area cities will follow suit.

And it appears the largest city in Johnson County may be among the most likely to look at an NDO this year.

Overland Park Mayor Carl Gerlach said that the city will convene a committee in 2019 to discuss a non-discrimination ordinance.

“At some point [this] year I do anticipate discussing an NDO with members of the Overland Park City Council,” Gerlach said.

Other large Shawnee Mission area cities say the issue is on their radar, but that they don’t have firm plans in place for bringing an NDO forward for consideration.

Lenexa Mayor Mike Boehm said that city staff are reviewing the ordinances approved in Prairie Village and Mission, but that a number of factors will play into the consideration of whether to bring an ordinance forward. Among them are a review of state and federal statues to “determine our legal authority to take action of this nature,” as well as the cost in staff time and city financial resources it would take to implement and enforce such a statute.

“When staff research is completed we will receive a report and the see where we go or not,” Boehm said. “There is no set timeframe for the staff work to be completed[,] probably in 2019…As of now, the city council has not had a discussion on the topic and none is currently scheduled.”

Boehm also said the city is looking at whether the state legislature may take action that “may 1) adopt a state wide policy, or on the other end of the spectrum, 2) prohibit such local ordinances.”

In Shawnee, Mayor Michelle Distler said the council has no plans in place at this time to consider an NDO, but that they are keeping an eye on the issue.

“We currently do not have this scheduled for discussion,” Distler said. “We are actively monitoring the discussion and action from our neighboring cities.”

Merriam’s council has advanced a draft non-discrimination ordinance for a second reading at a future meeting. And Roeland Park became the first city in the Shawnee Mission area to adopt an NDO back in 2014.