Erin Smith, the 2018 SM West graduate who has attracted national attention for her pioneering work on the diagnosis of Parkinson’s disease, has again found herself in elite company. And about a decade ahead of the other honorees.

Smith is among the young entrepreneurs named to Forbes magazine’s 30 Under 30 list for healthcare businesses. (The magazine produces lists for more than 20 sectors). At just 18, she’s the youngest on the list by wide margin. Most of the other healthcare honorees are in their late 20s.

Smith was accepted to Stanford University for this fall, but decided to delay starting college to take advantage of a Thiel Fellowship. The two-year fellowship program, founded by its namesake Peter Thiel, a co-founder of PayPal, provides participants with $100,00 in funding and access to a network of investors, entrepreneurs and scientists as they build businesses.

Through the program, Smith will focus on continuing to build her company FacePrint, which seeks to provide early diagnosis of Parkinson’s disease through analysis of facial expressions captured on video.

Smith worked on the idea for FacePrint through the Shawnee Mission School District’s bioscience signature program with instructor Brenda Bott. 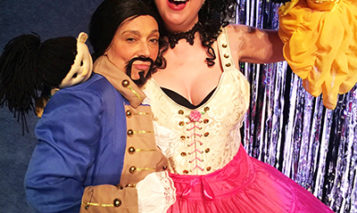